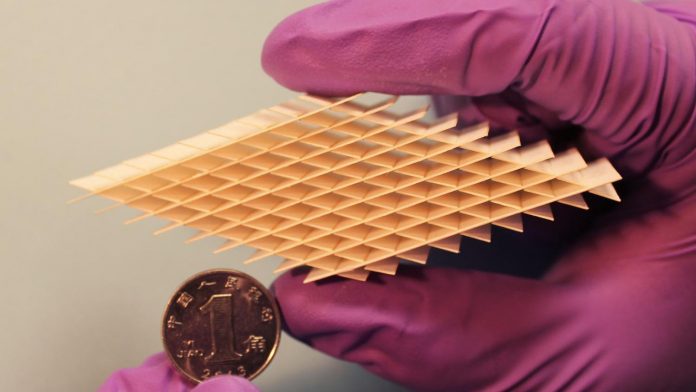 A team of researchers have developed a light-weight device made of paper, inspired by the Chinese and Japanese arts of paper-cutting that can store energy from body movements.

Portable electronic devices, such as watches, hearing aids and heart monitors, often require only a little energy and usually get that power from traditional rechargeable batteries.

Researchers Zhong Lin Wang, Chenguo Hu and their team worked to see if they could provide those little needs of energy from the energy produced by the user’s body movements.

After years of research, they succeeded in creating triboelectric nano-generators that can exploit the mechanical energy all around us, such as that created by our footsteps, and then use it to power portable electronics.

But, instead of the traditional heavy charging acrylic-made devices requiring hours to charge small devices, researchers turned to an ultra-light, rhombic paper-cut design to turn it into a power unit.

According to Science Daily website, the power units, made of gold- and graphite-coated sand paper, comprised the device’s energy-storing super-capacitor element. The inner surface is made of paper and coated in gold and a fluorinated ethylene propylene film, it added.

During the experiments, the regular pressing and releasing on these units for just a few minutes helped charging the device up to 1 volt, which was enough to power a remote control, temperature sensor or a watch.