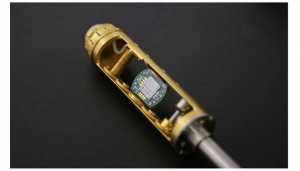 A revolutionary way to encode computational information without using electrical current has been developed by researchers. As a global first, this could lead to faster technological devices that could efficiently use energy without overheating.

Modern computer memory encodes information by switching magnetic bits within devices. Now, a ground-breaking study conducted by researchers from the Department of Electrical and Computer Engineering at the National University of Singapore has found a new efficient way of using ‘spin waves’ to switch magnetisation at room temperature for more energy-efficient spin memory and logic devices.

Traditional electronic chips suffer from substantial ‘Joule heat’, which occurs due to the flow of an electric current producing high temperatures. It is caused by rapid motion and frequent collision among moving charges inside the devices. This severe issue not only causes a large amount of power dissipation, but also hinders the chip’s processing speed and limits the number of chips that can be incorporated into appliances.

“We always encounter such problems and inconveniences when using our phones, computers and other electronic devices. We often find that these devices are becoming ‘hot’ and ‘slow’, moreover, we need to charge them frequently and have to bring another portable charger sometimes,” explained Professor Yang Hyunsoo, the team leader of this research.

So, rather than adopting standard electron injection methods used in traditional electronics, Prof Yang’s team creatively used ‘spin waves’ to switch magnetisation. Spin waves are propagating disturbances in the ordering of magnetic materials, and from the quasiparticle point of view, spin waves are known as ‘magnons’.

The team built a bilayer system consisting of an antiferromagnetic magnon transport channel and a topological insulator spin source. In a world’s first, they then successfully demonstrated spin wave driven magnetisation switching in the adjacent ferromagnetic layer with a high efficiency at room temperature.

The new switching scheme based on spin waves can avoid moving charges. Therefore, much less Joule heat and power dissipation would be expected for devices. The advance of spin wave based switching could open a new avenue for energy-efficient chips.

“Then we can control the magnetisation if we transfer the spin information from the magnons to the local magnetisation, which can be understood as ‘magnon torques’,” said Dr Wang. Just as a linear force is a push or a pull, a torque can be thought of as a twist to an object. “Hence, this new way to manipulate the magnetisation can be used for future data memory and logic devices,” he added.

Potential applications and next steps

“We know that the electrical spin torque has opened the era for spintronic device applications such as magnetic random access memories (MRAMs). We believe our report of the new magnon torque scheme for magnetisation switching is a game-changing idea in spintronics. It will invigorate not only a new research area in magnonics, but also practical devices operated by magnons,” Dr Wang stated.

Next, the research team will further engineer the efficiency of magnon torques and explore all magnon devices without involving electrical parts. In addition, the operation frequency of spin waves is in the terahertz range. Terahertz devices can transmit data at significantly higher speeds than currently possible. “Therefore, magnon torque based devices will allow the implementation of ultra high speed applications in the future,” Prof Yang said. 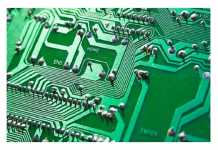 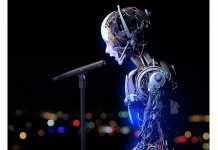 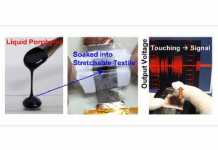 Paper Battery: Unveiling a New and Unprecedented Source of Energy

System Downtime: What does it Cost Companies?