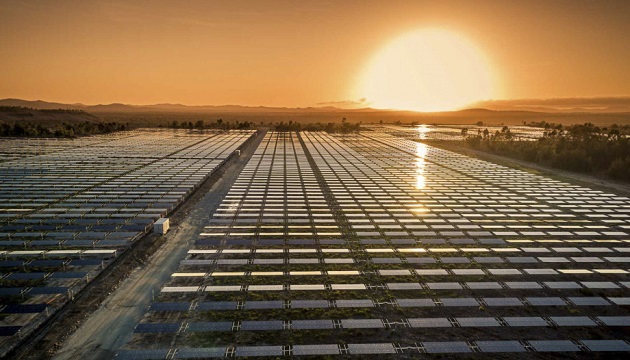 A new research project at The Australian National University (ANU) will redefine Australia’s trade relationship with the Asia-Pacific based on renewable energy and contribute to reducing global emissions.

Launched by Energy Minister the Hon Angus Taylor MP today, the ANU Zero-Carbon Energy for the Asia-Pacific project will provide a blueprint for how Australia can become the region’s renewable energy powerhouse.

The project, an Australian-first, brings together a range of research disciplines at ANU to “future-proof” Australian global trade based on the nation’s abundant renewable energy.

The project is funded by the ANU Grand Challenges scheme – which invests in research to solve some of Australia and the world’s most pressing problems.  ANU is investing $10 million in the project which runs from 2019 to 2023.

The research will provide the knowledge base to underpin the development of major renewable energy export industries potentially worth hundreds of billions of dollars from the ground up. It will also develop technologies and policies that can be applied in the Asia-Pacific and beyond.

“Iron ore and coal are our two biggest exports. But changes are already underway in the Asia-Pacific region and Australia will not be able to rely on traditional fossil fuel exports indefinitely.

“At the same time, the Asia-Pacific will drive two-thirds of the world’s energy demand in coming decades. So helping the region move to renewables is also an urgent challenge.

“This project will help Australia contribute to this challenge. It will show how we can harness our abundant renewable energy to ensure we remain an energy export powerhouse.

“In Australia’s northwest, we have some of the best solar and wind resources in the world, located on ample land, largely Indigenous, and with low population density.

“Our program will create the knowledge to drive Australian zero-carbon exports of electricity, hydrogen fuels, products and capabilities.

“This could reduce global carbon emissions by the equivalent of more than three times Australia’s domestic emissions, as well as provide sustainable growth and development opportunities for Australia.”

ANU Vice-Chancellor Professor Brian Schmidt AC said:  “Energy is an important issue for all humans on this planet.

“Meeting the world’s energy needs while transitioning to a low carbon future is both a major challenge and opportunity.

“But this is a challenge we can rise to and ANU has a fundamental role to play.

“We have world-class expertise in energy, the Asia-Pacific and Indigenous policy. This project combines this unrivalled expertise with ambition and vision. It will deliver targeted social, environmental, economic and technological outcomes with real impact.

“The ANU Zero-Carbon Energy for the Asia-Pacific project is a powerful example of how energy change will transform Australia’s economy and exports for the better, while delivering major benefits for our nation, our region and the world.”