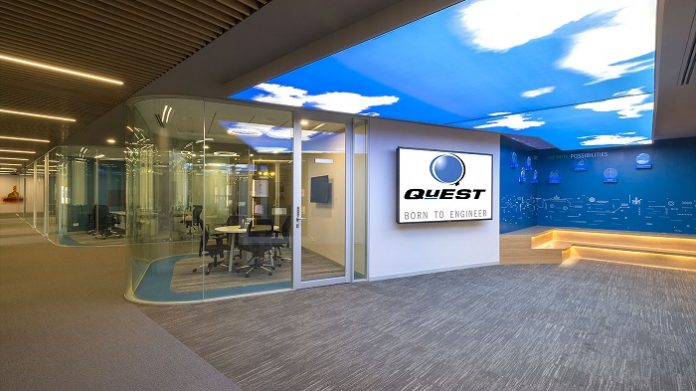 QuEST Global, a global product engineering and lifecycle services company, announced the appointment of Alfonso Martínez as the Global Business Head for its Automotive and Rail verticals. Martínez, will be responsible for further strengthening, expanding and driving both these verticals at QuEST. He will be based out of Madrid, Spain, and will report directly to Ajit Prabhu, Chairman & CEO, QuEST Global.

Automotive and Rail are the key growth areas for QuEST and the company aspires to emerge as a strong connected engineering player in these industries. With Martínez on board, the organization feels it will be able to further strengthen its endeavor to be the Most Recognized & Trusted Global Engineering Partner to its customers.

Alfonso brings with him myriad of useful industry experience acquired through his association with different industries over a period of three decades. He has an in-depth understanding of automotive and railway market and has successfully led numerous customer focused initiatives in the industry. With a perfect blend of attributes like entrepreneurship, management and technology, Martínez, joins QuEST from Capgemini, where he was the Executive Vice-President, Aeronautics Engineering and R&D. Based out of Paris, at Capgemini Engineering, Martínez was responsible for the global P&L for the entire Aerospace industry vertical.

Welcoming Martínez to QuEST, Ajit Prabhu, Chairman & CEO, QuEST Global, said, “For almost 25 years, we have established QuEST Global as a brand that is trusted by its customers world over. Martínez brings in deep domain knowledge and management expertise that I am sure will prove to be instrumental for our Automotive and Rail verticals – our key growth contributors. At a time when both these sectors are undergoing rapid technological advancements, under Martínez leadership I am sure we will be able to exploit the latent opportunities, solve the industry challenges and demands for our customers across the globe.”

On joining QuEST, Martínez commented, “I am excited to join a fast-growing company like QuEST that has, over the years, emerged as a truly global player in the product engineering services industry. We already have a good market presence in the automotive and rail verticals and with my expertise and domain knowledge, I look forward to working with the team to further expand this market creating a strong foothold in the industry.”

After completing his Master’s in Aeronautical Engineering from Polytechnic University of Madrid and AMP in Management from IESE Business School – University of Navarra, Barcelona, Martínez started his professional journey in 1997 with his own venture – M/s MEDIA Consultores. He successfully led this company with his friend for 10 years and grew it to 200 engineers. In 2006, the company was strategically integrated with Altran, now a part of Capgemini. Post the acquisition, Martínez assumed the key position of CEO-Altran Middle East, Director General-Altran Spain and Chief operating officer of Altran, Spain. In 2018, Martínez moved to Paris as the Group Senior VP, Altran. In this role, he was in charge of Aeronautics, Space, Defense, Naval, Railways, Transportation, Life Sciences and Chemicals verticals globally with an overall responsibility for 12,700 people and nearly USD 1B revenue.