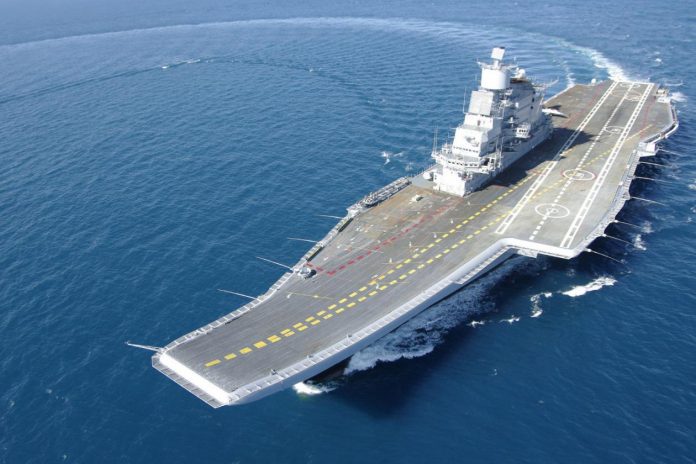 Chief of Defence Staff General Bipin Rawat, who has arrived at the Southern Naval Command here for a two-day visit, on Sunday reviewed the progress of work on the Indigenous Aircraft Carrier (IAC) being constructed at the Cochin Shipyard, a Defence spokesman said.

General Rawat visited the shipyard today evening. He was accompanied by Vice Admiral A K Chawla, Flag Officer Commanding-in-Chief of the Southern Naval Command and other top officials of the SNC, the spokesman said. Vice Admiral Chawla and senior officials of the Shipyard briefed the Chief of Defence Staff on the progress of work of the IAC, he said.

Last December, IAC had entered the final phase of the project, after successfully conducting its Basin Trials at the Shipyard. Basin Trial is testing of the ship machinery and equipment in floating conditions before the sea trials.

After conducting the Trails, the Navy had said the sea trials were planned in the first half of this year.

Earlier in the day, General Rawat reviewed the training infrastructure at Southern Naval Command, which is the Training Command of the Indian Navy.

General Rawat, who arrived on Saturday evening, also visited various professional training schools and witnessed the Damage Control Training Facility at the naval base. He was also apprised of the environmental initiatives undertaken by the Command, the spokesman said. This is his first visit to this southern port city after taking over as Chief of Defence Staff.