StorNext 5.4 is the latest example of the significant enhancements in Quantum’s scale-out storage portfolio over the past two years, as the company continues to focus on delivering high-performance, cost-effective, multi-tier solutions for managing unstructured data in highly demanding environments. During this time, Quantum has also built on its long-standing leadership in media and entertainment and expanded its market reach in areas such as video surveillance, genomics, academic research and government security. As a result, the company’s scale-out storage revenue has grown rapidly — 56 percent year-over-year in the most recently completed quarter, which represented the 21st consecutive quarter of year-over-year growth.

The Challenge of Unstructured Data Growth

The massive growth in unstructured data continues unabated, driven by advances such as 4K video cameras and the proliferation of IoT sensor technology, and the ability to analyze and leverage this data is an increasingly critical component of an organization’s business or mission. IT professionals face an ongoing challenge of how to manage and retain this data — and make it readily accessible when needed — in the most efficient and cost-effective way possible.

Long used for bandwidth-intensive video capture, production and distribution workflows, StorNext is increasingly being deployed by data-intensive enterprises around the globe for a broad range of use cases, including:

StorNext provides a unique combination of:

StorNext 5.4 provides a number of new features and benefits, including:

StorNext 5.4 is currently shipping with all newly purchased Xcellis, StorNext M-Series and StorNext Pro™ Solutions offerings, as well as Artico™ archive appliances. It is available at no additional cost for StorNext 5 users under current support contracts.

Today’s StorNext 5.4 announcement reflects Quantum’s continuing expansion and enhancement of its scale-out storage portfolio. Over the past two years, the company has added a range of new offerings that reinforce its end-to-end approach to managing data, from high-performance ingest to long-term archiving. These offerings include Xcellis, Artico, QXS™ hybrid storage, a new StorNext AEL tape library and StorNext Connect™ management tools, which have been well-received by customers and partners, won numerous product awards and been recognized by independent analysts. Most recently, after evaluating Quantum’s QXS hybrid storage, Gartner named the company as a Challenger in its October 2016 Magic Quadrant for General-Purpose Disk Arrays.*

Quantum has leveraged its enhanced portfolio and long-standing expertise in scale-out storage to extend the benefits of StorNext-powered solutions to a broader base of customers. The company’s success is evident in the rapid growth it has experienced across different scale-out storage markets and use cases — for example, in its most recently completed quarter, Quantum generated double-to-triple-digit revenue growth on a year-over-year basis in media and entertainment, video surveillance, genomics, geospatial applications and unstructured data archive. 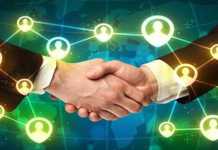 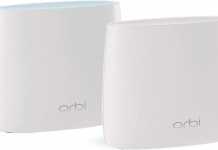