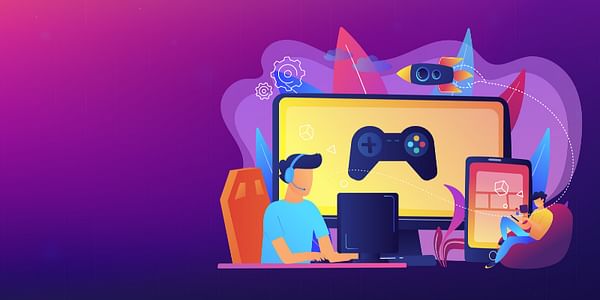 Slouched on a bean bag Saturday afternoon and tapping the smartphone screen in lazy elegance reminiscent of Laxman’s ‘very, very special’ silken drives through the covers, you might actually end up making more money than many of the IPL gladiators braving the maddening stress of a suffocating safety bubble. You might even have a fan club the likes of King Kohli or ABD had taken decades to build.

Welcome to the El Dorado of mobile gaming.

Should you have the Midas touch, you can make up to Rs 60,000 per match in e-cricket, while a state-level champ in India’s biggest sporting discipline goes home with just Rs 15,000.

So, celebrity e-sportsmen Dynamo, MortaL, and the very famous CarryMinati, today have net-worth between Rs 14 and Rs 22 crore, with YouTube followers of up to 26 million. No wonder, they are bagging top brand endorsements and sponsorship deals.

The popularity of gaming, including e-sports, has surged through the pandemic that has restricted mobility beyond the home. The category expanded 12% in 2020, even as the growth was curtailed by a ban on PUBG. But after the pandemic, there was an increase of 90% in the number of people playing esports, while viewership doubled to 17 million, hosted across 14 broadcast platforms.

India’s gaming industry is slated to become 10 times larger than all other entertainment businesses put together in the next five to seven years, according to Nitish Mittersain, CEO of Nazara Technologies.

But potential gamers are battling with multiple challenges. They include the lack of awareness about the ecosystem, the absence of affordable infrastructure, and misgivings about gaming as a serious profession.

To be sure, e-sports will be a medal event in the 2022 Asian games. The International Olympic Committee has for the first time, this month, announced a global esports tournament, the Olympic Virtual Series (OVS), which will be held in the lead-up to the Tokyo Olympics.

“In the absence of this, esports athletes cannot avail the benefits including scholarships, sports quotas, and others that athletes in traditional sports get. This, in turn, limits the number of people who can take up esports as a full-time professional activity, thus making it non-inclusive,” he said.

India’s top gaming companies, though, are leaving no stone unturned to incentivize real talent and broad-base the ‘gaming’ participation.

MPL said mobile esports is the best way to democratize esports, with skill gaming enabled by the availability of affordable mobiles and cheap data. It recently launched the MPL Digital Scholarships to award deserving esports athletes with financial support.

Gaming hardware brand Asus launched the ROG Academy to equip players with ASUS ROG products and have access to professional support from the academy’s coaches and experts.

“Apart from tournaments, we also curate games on the popular online market Steam and roll out listings of casual and competitive games every now and then,” said Akshat Rathee, co-founder and MD, Nodwin. “We try our best to guide newer gamers and players with programs, content, and forums that are focused on career building in esports.”

Digital entertainment company Pocket Aces said it aims to boost the talent pool for the 2022 Asian Games in Hangzhou.

Amazon saw a 2X rise in sales across categories while Asus said the gaming laptop segment has grown by 90-100% in 2020 and will further rise by 40-50% this year.