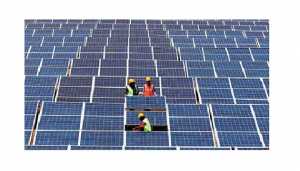 A new 12 gigawatts solar energy scheme, which has been deftly crafted to mandate local manufacturing without violating WTO’s trade rules, is in the final stages of approval, and will help local industry withstand the onslaught of cheap imports, senior government officials said.

The Rs 8,000-crore scheme will be a significant boost for Indian manufacturers, who are also waiting for the imposition of a safeguards duty on solar gear. The local industry has suffered because WTO, acting on a US complaint, ruled that India had violated trade rules by mandating use of locally made cells and modules in its national solar mission.

Renewable energy is a hot area of trade tussles with many trying to dominate the sector that is expected to flourish as reliance on coal and oil dwindles. “The scheme is in final stages of consultation with various government departments and ministries, including finance, commerce, and the Prime Minister’s Office,” a government official said.

The scheme has already been cleared by the Expenditure Finance Committee, which is part of the department of expenditure in the finance ministry, another official said.

The scheme will have an implementation period of four years, and by 2022, it will ensure a minimum manufacturing capacity of 3 GW of solar cells per year, which is the current size of the domestic solar cell market in India.

If approved, it will bring relief to the domestic solar manufacturers who, on account of injury from imports of solar components from China, Malaysia and Taiwan, are lobbying for a safeguards duty on these imports.

In the latest development of the safeguards case, the directorate general of trade restrictions last week recommended up to 25% safeguard duty on imports from China and Malaysia for a period of two years. “Even if the safeguard duty is imposed, increased costs can be easily absorbed by developers as prices of Chinese solar cells are going to crash,” the official said, referring to the recent Chinese government decision to scale down solar capacity addition. Chinese manufacturers, as a result, will try and sell existing capacity at cheaper prices on account of a lacklustre demand in their home country. 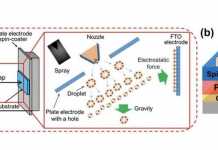 30 gigawatts of renewable plants to be built along western border...