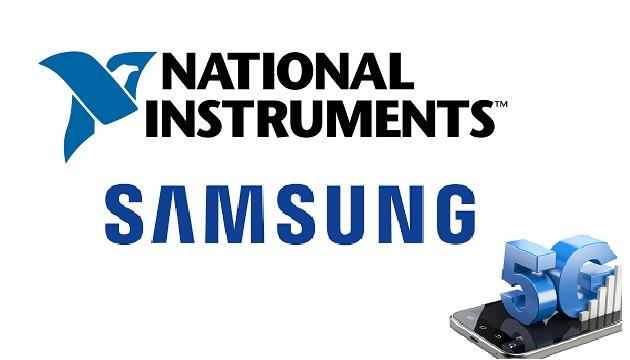 NI, the provider of platform-based systems that enable engineers and scientists to solve the world’s greatest engineering challenges, announced plans to collaborate with Samsung Electronics Co., Ltd. (Samsung) to develop 5G test UEs for 5G New Radio (NR). The first public demonstration of this collaboration will show Samsung’s 28 GHz base station communicating with an NI test UE at Mobile World Congress (MWC) 2018 in Barcelona next week.

The 3GPP officially released a first draft of the 5G NR standard in December 2017. An important next step in the formation of a new 5G ecosystem calls for equipment and device manufacturers to test their implementations that conform to this standard with each other to achieve the goal of interoperability. Interoperability device testing (IODT) determines whether the base station and device can establish and maintain a robust communication link capable of achieving 5G performance in prescribed test conditions.

To that end, NI and Samsung have agreed to collaborate on IODT in which Samsung’s 5G NR-capable commercial base station connects with a test UE developed by NI at 28 GHz over the air and in real time. The NI test UE exchanges messages with the base station to establish a link and then validates the downlink functionality and performance as dictated by the 3GPP. The test UE uses NI’s 28 GHz mmWave Transceiver System with a compliant 5G NR Phase 1 protocol stack developed using LabVIEW system design software.

“As a leading telecommunications solution provider, Samsung has been a pioneering 5G technology with an early investment in R&D and by building a strong ecosystem,” said Wonil Roh, vice president and head of technology strategy group for Networks Business, Samsung Electronics. “NI is a key partner helping accelerate our development on NR-based 5G mmWave technology and systems.”

“Researchers all over the world have used our mmWave technology to develop 5G candidate technologies,” said Eric Starkloff, executive vice president of global sales and marketing at NI. “With the knowledge gained from these engagements and our flexible platform, we were able to introduce 5G NR-capable technologies very quickly. We look forward to continuing to work with Samsung to validate 5G systems, test emerging 5G equipment and speed adoption and commercialization.”

The NI and Samsung demonstration will be shown in Samsung’s booth at MWC, located at the Exhibit Hall 2 Stand 2M20 in Fira Gran Via, and will be open from February 26 to March 1. To learn more about MWC 2018, please visit mobileworldcongress.com.