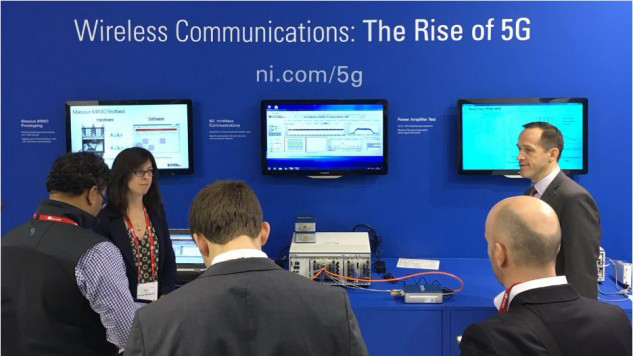 NI, the provider of platform-based systems that enable engineers and scientists to solve the world’s greatest engineering challenges, on February 28, 2017, announced NI-RFmx 2.2, the latest version of its advanced measurement software for PXI RF test systems. When used with the second-generation PXI Vector Signal Transceiver (VST), engineers can test 4.5G and 5G RF components such as transceivers and amplifiers using a wide range of carrier aggregation schemes, even as the 5G standard is still being defined.

With the second-generation VST, engineers can simultaneously generate and measure up to 32 LTE carriers, each with 20 MHz of bandwidth, and use the software to specify a variety of carrier spacing schemes.

The latest release of NI-RFmx also features algorithm improvements for reduced measurement time. Engineers performing modulation quality and spectral measurements for wireless technologies such as UMTS/HSPA+ and LTE/LTE-Advanced Pro can experience EVM measurement time reductions of up to 33 percent1 by installing the latest version of the software. The measurement speed improvements in NI-RFmx are part of NI’s continued efforts to help customers lower their cost of test with faster measurements.

“By adopting PXI and LabVIEW along with NI-RFmx measurement software, we have seen many customers in the semiconductor industry significantly cut test time for RF measurements, resulting in lower cost of test and faster time to market,” said Charles Schroeder, vice president of RF at NI. “The combination of excellent documentation, wealth of example code, and tight integration with PXI hardware like the second generation VST has allowed our customers to quickly and easily adopt NI-RFmx into their test systems.”