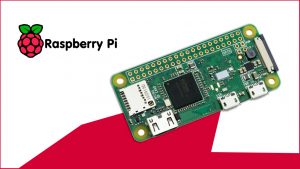 On the leap year day on 2012, the day marked changes in computing irrevocably. The first generation of the credit-card-sized Raspberry Pi went on sale and shifted 100,000 units within its first 24-hours.
Around the world, the devices have been used to make smartphones, power R2D2 and Raspberry Pi Foundation founder Eben Upton himself has been awarded a CBE for his work promoting coding for children.
It’s celebrating its fifth birthday, after the record-breaking sales (more than 12 million units of the five product lines have been sold).
To mark the half-decade of the Pi’s release, Upton and the Raspberry Pi Foundation has released the Raspberry Pi Zero W (the W stands for wireless). The tiny board is only the second Pi with wireless functionality built onto its board. However, it’s likely to be the last big hardware update within the Pi range for the coming future.
“Raspberry Pi One lasted for three years,” Upton says. “Then we had Raspberry Pi Two that lasted for a year, I think Raspberry Pi Three is more like a three-year product. We may tweak some peripheral bits of it at some point but probably not even that.”
Instead, for Upton, the big focus for the coming years is developing the software available for all Pi devices. The intent is already clear: at the tail end of 2016 Raspberry Pi launched an experimental version of its Pixel operating system for PC and Macs, after it was first unveiled in September.
The Pixel operating system can be run without the need for a Raspberry Pi and Upton says it is the “best guess as to what the majority of users are looking for”. Before the launch of the Pi Zero W, the founder says his staff will be “polishing and putting a shine” on the software available.