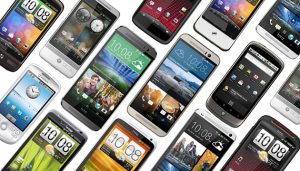 While Indian handset makers seem divided on the benefits of anticipated imposition of duties on printed circuit board assembly, as the next step of mobile phone manufacturing, the mobile phone ecosystem has become a critical platform for content providers who are now beginning to monetize content.

The variety of views came out during the panel discussion on handset and content ecosystem to enable the digital highway, at the ET Telecom India Mobile Conclave on Thursday.

Lava International chairman Hari Om Rai said that players like itself were prepared for application of additional duties, from the next financial year, as they were following the phased manufacturing program (PMP) which has specified components on which duties will be imposed over next couple of years.

“We have a complete plan for 10 years, so that design and component manufacturing can happen in India,” he said adding that imposition of duty can help in the long term despite short term challenges.

However players like HMD Global and China’s Comio, said that challenges were more, as the ecosystem to support the component manufacturing was still under developed. Rather a valuation should be done on the ecosystem preparedness of a component before putting the duty.

“Some of us have been slow to keep pace with the PMP… The duty on some of the components has been taken up too fast, it should be taken up once the ecosystem is slightly more robust,” said Ajey Mehta, head of India at HMD Global that makes Nokia brand of devices.

The government is likely to impose basic customs duty on electronic components such as populated PCBs, camera modules and connectors from April 1, with the aim to add value addition to local manufacturing.

Mehta added that sometimes the cost of the devices could go up due to the import duty on some components which are not made in India. But he also said that the company was preparing to begin PCB assembly through its partner, Foxconn.

Comio’s India head Sanjay Kalirona questioned the transparency of the duty imposition plan on the components as per the PMP, which he said was expected in the Union Budget in February, but instead duty on a different set of components was announced.

Despite the infighting, the mobile phone ecosystem has become a critical platform for content providers who are now beginning to monetize content.

“We have a combination of subscription and ads for monetization, but it’s very early days, some new models will also emerge,” said Sameer Batra, CEO, Wynk, Bharti Airtel.

“The ecosystem is coming together, devices are becoming affordable,” he added.

He however said that the cost of content was still high, and therefore carrier billing will play a big role to given the low proliferation credit cards in India.

Alt Balaji’s chief marketing officer Manav Sethi said that monetization had already begin with the platform becoming the first one to have 1 million paid customers.

Sethi added that the content was key to monetization as the platform launched 17 own shows last month, while others like Amazon and Netflix had far fewer numbers.

“We’ve been able to crack the code… India does pay for content, it depends what you sell to them,” he said.

Fortinet Delivers Third Generation of Network Security with the Evolution of...