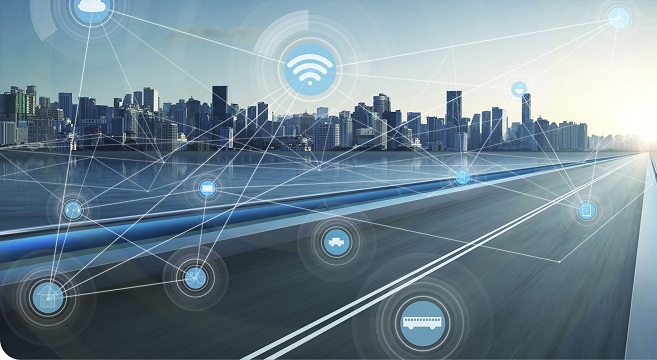 Quartz-based oscillators have served the electronics industry for over 75 years in applications that require precise frequencies with part-per-million accuracy. Until recently, quartz oscillators have served the industry well despite certain intrinsic weaknesses. Because of the limitations of quartz and the higher economy of scale associated with silicon production infrastructure, silicon-based MEMS timing devices have begun to replace quartz oscillators.

In 2006, the first MEMS-based oscillator was released. These MEMS oscillators demonstrated superior performance in the areas of shock and vibration immunity, and the absence of sudden frequency jumps at certain temperatures (activity dips and micro jumps). Since 2006, the technology has improved considerably, improving the temperature compensation, as well as the phase lock loop (PLL) to deliver lower jitter and phase noise. 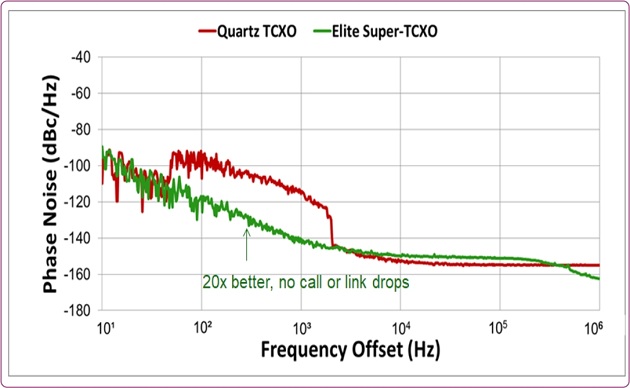 That’s where MEMS oscillators come in. Today’s state of the art MEMS oscillators are the result of years of technology refinement and millions of dollars in investment. The latest MEMS timing solutions inherently perform better in the presence of dynamic environmental conditions. MEMS timing technology delivers low-noise/low-jitter clocks with unmatched resilience to environmental stresses including shock, vibration, airflow, and fast temperature transients.

This dynamic performance enables the best reliability, highest performance, and highest quality of service in telecom, networking, storage, and server, industrial, automotive and high-reliability products. Figure 1 shows how MEMS technology performs compared to quartz technology in the face of environmental inhibitors like vibration. 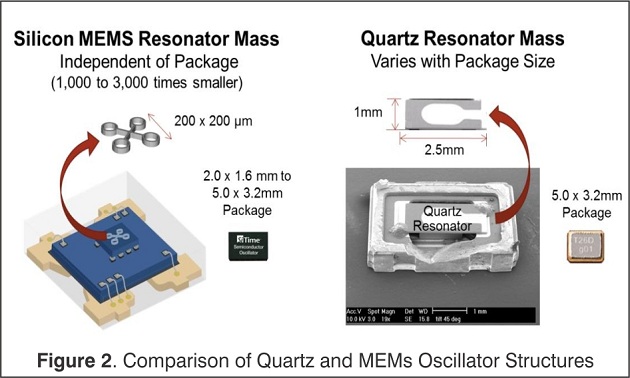 MEMS-based oscillators are much more resistant to a variety of environmental stressors including shock and vibration. Resonator size is a major factor in making MEMS immune to mechanical shock and vibration. Compared to quartz resonators, the mass of MEMS resonators is approximately 1,000 to 3,000 times lower. This means a given acceleration imposed on a MEMS structure, such as from shock or vibration, will result in a much lower force than its quartz equivalent and therefore induce a much lower frequency shift. Figure 2 compares the size and construction of a MEMS resonator to a quartz resonator. 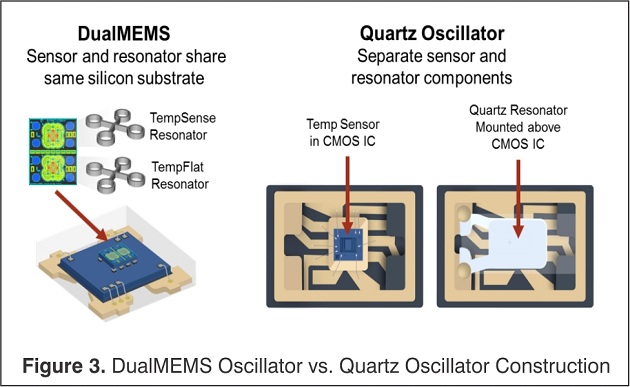 Another important environmental stressor is thermal stress induced from changes in ambient temperature and board temperature. The most extreme thermal transients are usually caused during system power up and when the system enters and resumes from low-power states. Oscillators are often placed near a processor or system on a chip (SoC), and will therefore be subjected to the most severe thermal transients when the processor or SoC transitions from low-power to high-power states and vice versa. These severe thermal transients can cause quartz-based oscillators to exceed their datasheet specifications. 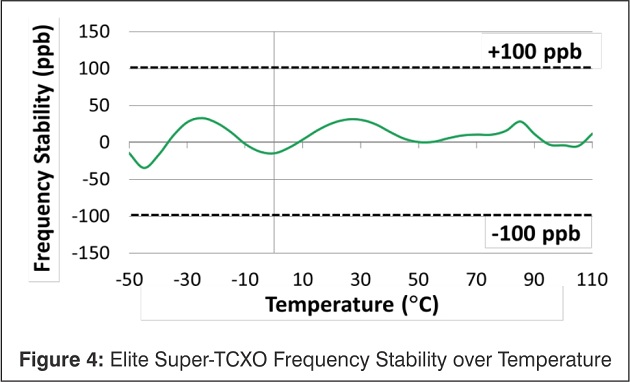 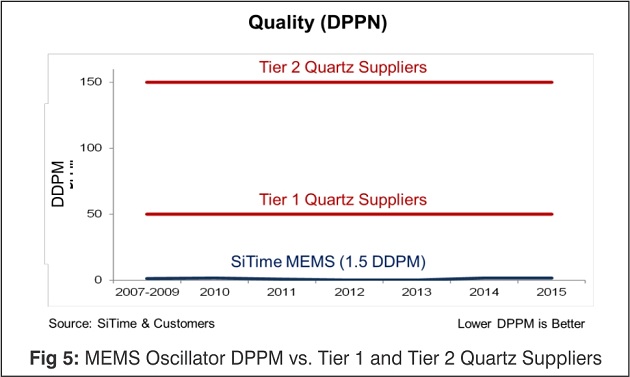 Choose MEMS Timing for the Most Reliable Performance

MEMS oscillators have intrinsic advantages over quartz oscillators. New MEMS timing technology leverages these advantages and demonstrates dynamic performance levels not previously possible. System architects and designers across all industries, especially in industries such as networking and communications that require reliable performance under dynamic conditions, are recognizing these benefits and rapidly adopting MEMS timing solutions. These advantages include the absence of activity dips and the ability to maintain performance in the presence of shock and vibration, rapid temperature changes, and airflow transients. Figure 6 summarizes the advantages of MEMS oscillators compared to quartz oscillators