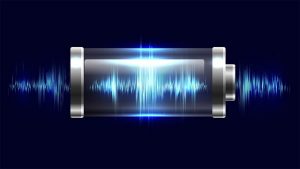 Lithium-based batteries have become notorious for safety incidents where they can burst into flames or even explode. A key reason such hazards can occur is the formation of dendrites—tendril-like deposits of lithium that can grow long enough to pierce the barrier separating a lithium-ion battery’s positive and negative halves and cause it a short circuit.

Dendrites form when a battery electrode degrades and metal ions deposit onto the electrode’s surface. To avoid dendrite formation, today’s lithium-based batteries don’t use a pure lithium metal electrode. Instead they often use an electrode made of graphite that’s filled with lithium. Although the graphite helps suppress dendrite growth, such electrodes also store only about 1/10th the energy pure lithium could.

Now researchers say that nanodiamonds—crystals each only about 5 nanometers wide—can help prevent dendrite formation. They detailed their findings online last week in the journal Nature Communications.

Nanodiamonds are often used in the electroplating industry to suppress dendrite growth. When these crystals are deposited onto surfaces, they naturally slide together to form a smooth film, which in turns helps other materials coat those surfaces in a more uniform manner that keeps dendrites from growing.

The scientists created nanodiamonds in a low-cost manner by detonating explosives in a sealed chamber. They next mixed these nanodiamonds into the electrolyte solution typically used in lithium-ion batteries that helps electric charge flow within the devices.

In experiments, the researchers found that lithium ions could easily attach to nanodiamonds and plated onto electrodes in an orderly manner. They discovered that nanodiamonds completely suppressed dendrite formation during 100 cycles of discharging and recharging over 200 hours.

“This is an important step towards improving safety and increasing probability of use of pure metal anodes—not only lithium, but also, zinc, sodium and others—in rechargeable batteries,” says study co-author Yury Gogotsi, a materials scientist at Drexel University in Philadelphia.

The ability to suppress dendrite formation over time could “lead to a larger amount of energy stored per unit of weight or volume of the device,” he says. In addition, “if the probability of dendrites formation is decreased, batteries can be charged faster, as dendrites preferentially grow during fast lithium plating.”

Future research will explore how reliable nanodiamond additives prove over more cycles. Gogotsi cautions that the lithium-based battery industry is very conservative, and changing it “takes a long time and much effort.”

Cockroach Inspiring Future Robots on How to Scurry Across Rugged Terrain

Now no more Sad faces when your Smartphone Screen get a...