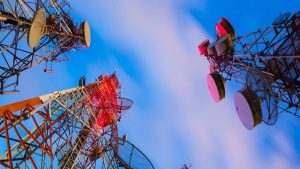 According to studies made so far in coming years, people will have more number of mobile phones than automotive. People want seamless connection like wired lines from wireless lines with no call drops with high bit rates and no network congestion. Though many approaches have been made for the endless connectivity but multiple-input-multiple-output provide a promising roadmap for it without using much spectrum.

MIMO system uses wireless channel diversity scheme at both its receiving and sending ends constituted by multiple antennas array. In massive MIMO a large number of antennas work coherently and adaptively. As the number of base station antennas deployed more data streams can be release to service terminals with decreasing power radiated and boosting data rates.

This will also improve link reliability through spatial diversity and, provide more degrees of freedom in the spatial domain, and improve the performance irrespective of the noisiness of the measurements. In addition, because massive MIMO systems have a broad range of states of freedom, and greater selectivity in transmitting and receiving the data streams, interference cancellation is enhanced. BSs can relatively easily avert transmission into undesired directions to alleviate harmful interference which, leads to low latency as well. In addition, massive MIMO makes a proper use of beamforming techniques to reduce fading drops; this further boosts signal-to-noise-ratio (SNR), bit rate and reduces latency

Mouser Electronics Named Global Distributor of the Year by Bel...