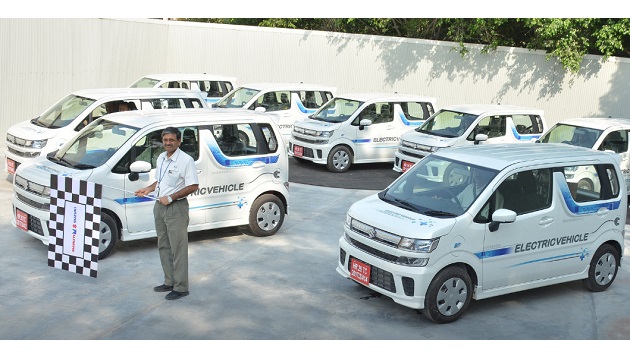 Maruti Suzuki has begin field testing of its electric vehicles prototype in India. In the presence of CV Raman, Senior Executive Director (Engineering), the Maruti Suzuki flagged off prototype EVs from its Gurugram facility.

According to the company release, these prototype Electric Vehicles have been developed on an existing model of Suzuki Motor Corporation, Japan.

These testings are being carried out in line with the company’s announcement, made in September, to conduct nation-wide field testing of 50 prototype Electric Vehicles.

“The Electric Vehicles have been developed exclusively by Suzuki Motor Corporation, Japan and built at Maruti Suzuki, Gurugram facility, as our commitment to Make in India. This extensive real-life usage of the vehicles in multiple terrains and climatic conditions will help the company get valuable insights that will help in validation and successful launch of Electric Vehicle technology in India.” Maruti Suzuki said.

The company added that testing of these vehicles will also help in gathering critical inputs based on customer perspectives and thereby create a reliable and suitable Electric Vehicle to delight Indian customers.