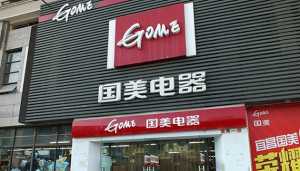 China’s largest consumer electronics and smartphone retailer, Gome is going to open its own branded products in the Indian market as part of its global expansion plan. The products will be sold by major multi-brand stores and e-commerce websites.

The company, which is valued to be around USD 11 billion, is expected to launch its own brand of white goods that include smartphones, televisions, and other consumer appliances. The brand will be competing against the likes of Xiaomi, Samsung and TCL.

Gome Electronics India is a fully-owned subsidiary of Gome Telecom Equipment, part of the Hong Kong listed Gome Retail Holdings, which has over 1,700 stores in China.Industry executives said the company has roped in Piyush Puri as head of Indian operations.

Puri was earlier with Foxconn India handling inhouse brand, InFocus. Gome will be investing significantly in India to build the brand following the footstep of other Chinese brands.

Gome will launch three smartphones in the sub-Rs 10,000 segment by the upcoming festive season through both online and brick-andmortar stores, while television, refrigerator, washing machine and kitchen appliances will be launched subsequently through Flipkart, industry executives said.

Gome will be soon signing a popular film star in India as the brand ambassador for its smartphones, while having another celebrity for the consumer electronics business.

Gome plans to set up manufacturing operations in the country where all products will be locally manufactured to take advantage of duty benefits. The taxation on locally produced goods is almost half for smartphones and televisions.