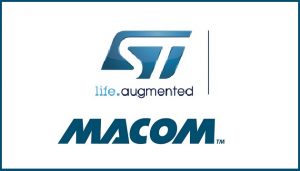 MACOM Technology Solutions Holdings, Inc. (“MACOM”), a leading supplier of high-performance RF, microwave, millimeter-wave and lightwave semiconductor products, and STMicroelectronics, a global semiconductor leader serving customers across the spectrum of electronics applications, on February 15, 2018, announced an agreement to develop GaN (Gallium Nitride) on Silicon wafers to be manufactured by ST for MACOM’s use across an array of RF applications. While expanding MACOM’s source of supply, the agreement also grants to ST the right to manufacture and sell its own GaN on Silicon products in RF markets outside of the mobile phone, wireless base station and related commercial telecom infrastructure applications.

Through this agreement, MACOM expects to access increased Silicon wafer manufacturing capacity and improved cost structure that could displace incumbent Silicon LDMOS and accelerate the adoption of GaN on Silicon in mainstream markets. ST and MACOM have been working together for several years to bring GaN on Silicon production up in ST’s CMOS wafer fab. As currently scheduled, sample production from ST is expected to begin in 2018.

“This agreement punctuates our long journey of leading the RF industry’s conversion to GaN on Silicon technology. To date, MACOM has refined and proven the merits of GaN on Silicon using rather a modest compound semiconductor factory, replicating and even exceeding the RF performance and reliability of expensive GaN on SiC alternative technology,” said John Croteau, President, and CEO, MACOM. “We expect this collaboration with ST to bring those GaN innovations to bear in a Silicon supply chain that can ultimately serve the most demanding customers and applications.”

“ST’s scale and operational excellence in Silicon wafer manufacturing aim to unlock the potential to drive new RF power applications for MACOM and ST as it delivers the economic breakthroughs necessary to expand the market for GaN on Silicon,” said Marco Monti, President of the Automotive and Discrete Product Group, STMicroelectronics. “While expanding the opportunities for existing RF applications is appealing, we’re even more excited about using GaN on Silicon in new RF Energy applications, especially in automotive applications, such as plasma ignition for more efficient combustion in conventional engines, and in RF lighting applications, for more efficient and longer-lasting lighting systems.”

“Once the $0.04/watt barrier for high power RF semiconductor devices is crossed, significant opportunities for the RF energy market may open up,” said Eric Higham, Director Advanced Semiconductor Applications Service at Strategy Analytics. Higham continued, “Potential RF energy device shipments could be in the hundreds of millions for applications including commercial microwave cooking, automotive lighting and ignition, and plasma lighting, with sales reaching into the billions of dollars.”

Further information can be found at www.st.com. 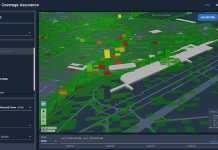 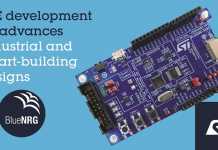 Securing the path to 5G with proven security architecture and solutions