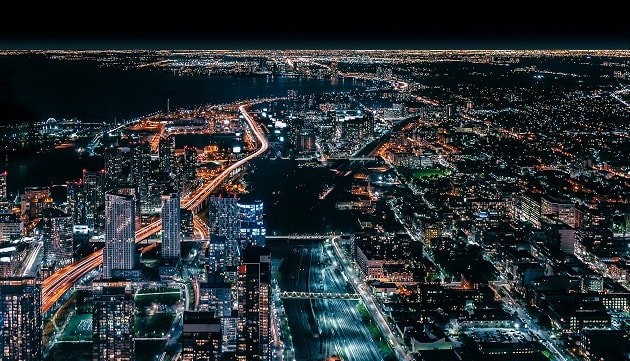 History is littered with instances of inventions designed to solve one problem but that find a mass market to address another. The transistor, for example, was developed to replace bulky and fragile valve amplifiers but, only later, became the fundamental element of digital electronics. Cellphones were meant for long-distance conversations when away from fixed lines rather than forming the basis of the tiny supercomputers that now run our lives. And lasers were invented, well, primarily out of scientific curiosity. One of the inventors of that technology, Arthur Schawlow, proposed his new device might be useful in helping errant typists, suggesting: “One day laser beams will vaporize the ink on the page in a fraction of a second without leaving the slightest trace.” Today, the list of applications for lasers would fill the rest of this blog.

And so it was with LEDs. The history of the LED is somewhat shrouded, but Bell Lab’s Nick Holonyak is generally credited with coming up with the first red LED in 1962. It’s somewhat ironic that Holonyak was actually trying to invent a (semiconductor) laser, which was targeted at a real problem—optical telecommunications—when he came up with his electroluminescent oddity. The puny light output from Holonyak’s device could only be appreciated in a completely darkened room, and even then, it only emitted red light, which wasn’t particularly useful for illumination. It was left to Japanese researchers in the late 1980s and early 1990s to come up with the blue LED/phosphorous combination to create “white” LEDs suitable for lighting. But the luminosity of these white LEDs was still poor compared with conventional light sources. Together with being expensive and hard to make, this lack of performance would ensure, initially at least, the failure of LEDs to gain a foothold in the commercial lighting market.

It took a visionary like Roland Haitz to move solid-state lighting forward. In 1999, Haitz and his collaborators wrote a paper designed to hasten the development of LEDs. The paper suggested the LED efficacy of 200lm/W (ten times that of incandescent lights) would eventually lead to a worldwide energy preservation devoted to lighting decline by 50 percent (and 10 percent overall).

The impact of Haitz’s paper was to raise awareness to a wider audience of the energy-saving potential of LEDs, resulting in incentives for commercial companies to plow hundreds of millions of dollars into LED R&D. Nearly two decades later, companies such as Cree, Lumileds and OSRAM offer commercial LEDs with luminosities exceeding 100lm and efficacies exceeding 140lm/W. (Efficacies nearing 300lm/W have been achieved in the lab.) Coupled with clever design from lighting engineers (who understand that precisely regulated power supplies and good thermal management can lead to LEDs providing illumination for 50,000 hours or more compared to perhaps 2,000 hours for the best incandescent bulb), such efficacy has created a technology boom.

And that’s not an overstatement. According to analyst Statista, LED penetration into the mainstream lighting market has risen from just 0.3 percent in 2010 to 35 percent this year. In just three years’ time, it is estimated that global penetration will rise to 61 percent. And according to analyst Zion Market Research, the 2020 LED sector will be worth over $50 billion.

Although Haitz could not have known it back in 1999, the real promise of LED lighting is not just in its efficacy and longevity but, also, its flexibility. LEDs can be precisely dimmed, instantly switched on or off, and—with the addition of red, green, and blue devices to complement the illumination from the primary white LED—be “tuned” to give almost infinite temperature and color variations. Together with lighting’s ubiquity, such flexibility opens up thousands of applications beyond simply making dark areas safe.

In retail, for example, shop owners can tune LED light output to render products in the most vibrant colors, or restaurants can alter the lighting during the day to periodically change the ambience, encouraging sales. Some modern aircrafts already use different color LED lighting to promote sleep or gently wake passengers from their slumber before landing. And more scientific applications of the customization of LED lighting is used in the vertical farming sector, where different colors (or wavelengths) of light accelerate the growth of different plants. For example, according to a University of California report, plants grew more quickly when exposed to LED lights richer in red and blue wavelengths. Red light increased the rate of growth of peppers and edible flowers, while blue light boosted tomatoes and basil yields.

The key to realizing LED lighting’s flexibility is wireless technology. Protocols such as Bluetooth low energy, Zigbee, and Wi-Fi are now routinely incorporated into commercial lighting, endowing the products with high throughput and robust connectivity. Bluetooth low energy, for example, is interoperable with smartphones—allowing consumers to remotely operate lights, change light color and temperature, and even vary light intensity from one small area of a room to the next, all from an app on the mobile. Bluetooth low energy and Zigbee also support mesh networking, which not only extends effective range but, also, builds redundancy into a lighting network and the ability to control specific lights or groups of lights.

Because modern wireless technologies are bidirectional, an LED fixture can become more than just a clever light, it can become a data-generating hub. For example, imagine dozens of fixtures that combine LED lighting with wireless connectivity and motion, temperature, and power-monitoring sensors to illuminate a town boulevard (with information transmitted by the short-range wireless technology relayed via a cellular modem back to a supervisory center). Then, imagine the temperature sensor in one of the street lights detects the LED is running 20°C above normal operating temperature and computes (because of the excess heat) a light failure could occur within 72 hours. A supervisor could rapidly receive communication about the issue, allowing the supervisor to initiate a maintenance call before motorists collide in the dark and lodge an insurance claim against the authorities.

The lights proximity sensors could be beneficial in calculating traffic density, to determine if additional congestion-relief measures are necessary, or to detect when a sidewalk is rarely in use, to dim curbside illumination accordingly (or even brighten it in high-crime areas to deter would-be assailants). And power consumption monitoring could be useful to determine if the LED efficacy is declining to the point where future energy savings yielded from new components would outweigh the cost of replacement.

Both LED lighting and low-power wireless technology have been decades in gestation. It is remarkable that both have reached mass market commercialization at the same time. But even more remarkable is how two technologies—originally developed for other applications—have converged to revolutionize lighting applications. The future for the technology will be as much about information as illumination.