LED Industry To Get A Boost Under Make In India Initiative 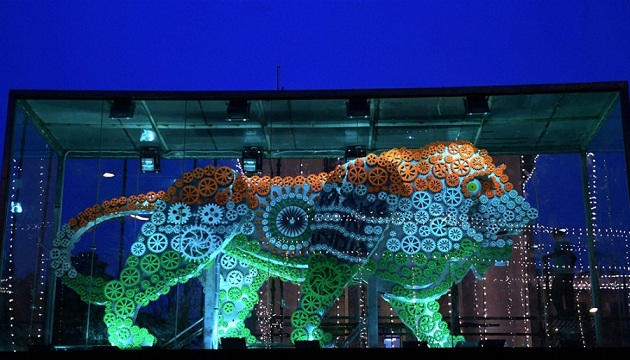 The current leadership addresses the complex issues such as the soundness of their vision, their readiness to take on responsibility, the depth of their compassion, and their ability to manage criticism and success. Agriculture, communications, defense, energy, mining, fiscal, industry, infrastructure, market access, retail and services and more are such segments to work on.

LED Lighting sector is another great field to work on. Government’s energy seemed to cast a brightness over this segment with almost every corner.

Historically LED lighting were invented by James R Biard and Garry Pittman in 1961, but Shuji Nakamura launched the first blue LED light in 1994. Though LED lighting are prevailing from the past 50 years, but it has become the major source of energy efficient lighting very recently.

LED lights have become the part of mainstream of the market owing to government initiatives and increasing public awareness. India market is projected to grow at 26.6 percent during next six years. The Government of India launched an initiative last year to replace conventional lights by LED lights by deploying 770 million bulbs and 35 million street lights by 2019. Further, under DeenDayalUpadhyaya Gram JyotiYojana, 273 lakhs LED bulbs have to be distributed to BPL households. Additionally, prices of LED lights are also expected to decline in the coming years, which would drive the growth of the market over the next six years.

In India, the LED lighting has the numerous opportunities to grow. India is a leader in this sector with maximum production in the entire world. India is selling around 770 Million bulbs per day, which is the highest quantity in the entire world. With this huge production, it seems, India will become the top capital of the LED in the entire universe. Moreover, the ‘Make in India’ initiative launched by Prime Minister  Narendra Modi will provide a boost to the LED industry.

Apart from it, the global LED driver market for lighting is expected to reach USD 24.98 Billion in the next five years at 26.3 percent till 2022. Growing adoption of LED lighting in general lighting applications, increasing demand for energy-efficient lighting systems, integration of IoT and lighting, and acceptance of standard protocols for lighting control are driving the growth of this market.

The unprecedented reforms that this government is known for, Modi’s governing prowess has boosted India’s GDP growth and produced sizeable increase of inflows of FDI. The reforms implemented in first three years were sizeable, though not huge, but still impressive in the context of a messy system of democracy, and against the backdrop of decades of reform inertia and inaction by successive governments. Furthermore, the reforms are destined to make lasting, rather than transitory, changes in the structure of the Indian economy. Hence the teething problems in the overall reform process – and need to be borne constructively.

In the last three years the intolerance towards the democratic and reform process by the current government has increased so much that combined opposition ostentatiously reduced down to a madness and creating frenzy among the populace.

Even while lighting up the lamp as symbol of inaugurations – the thought process remains to strive to know, know more, and discover the true knowledge, as bright as light which clears out the dark Ignorance. Dignitaries in India are lighting up the lamps for over 70 years. Despite that the darkness has percolated in the psyche of the common people – who have lost their identity as well as the core philosophy of ThamasomaJyothirgamaya. A few disgruntled politicians and Facility frat bureaucrats need to imbibe the light in the backdrop of aspirations on new India and need to fall in line or otherwise are destined to a natural death.

Not only business and industry ‘light’ symbolises the very essence of life i.e. AsathomaSadgamaya – lead me from non-reality to reality; ThamasomaJyothirgamaya – from darkness to light; MrithyormaAmruthamgamaya – from death to life; Om ShanthiShanthiShanthi – let there be eternal peace!

Energy is Infectious – so let it prevail over the minds and the industry alike.