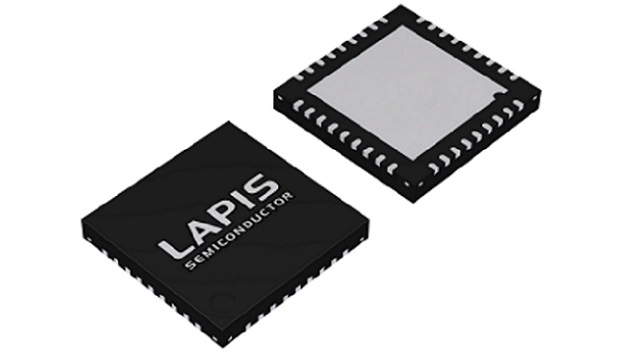 In recent years, the worldwide increase of energy usage from natural resources has emphasized the need for improved energy efficiency in order to mitigate the effects of global warming. To address this need, the use of smart meters has increased dramatically in Japan since 2015 and the Wireless M-bus system was launched in Europe. At the same time, there is a trend to collect and manage sensor data using wireless networks not only to optimize energy consumption and lighting in buildings but also for crime and disaster prevention. Furthermore, these wireless sensor networks are becoming increasingly used to improve productivity in agriculture as well.

LAPIS Semiconductor expects that new LSI with low power consumption and world-wide compatibility will be adopted in smart meters and wireless networks around the world. And the company is committed to continuing to simplify wireless device development that contributes to a smarter society. 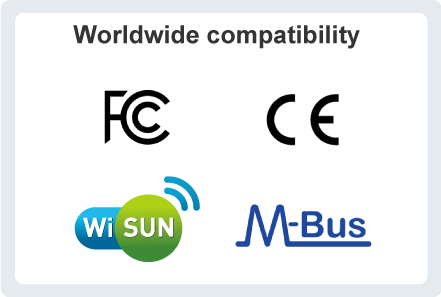 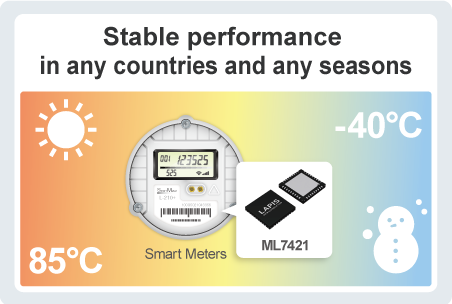 The ML7421 supports both Sub-1GHz (400MHz to 960MHz) and 2.4GHz. Previously, it was necessary to select wireless LSIs for each country and develop devices for them. By supporting the 2.4GHz band available world-wide, a single device can be deployed globally. Additionally, in environments where communication at 2.4GHz is unstable, long-distance Sub-1GHz communication is available. For this reason, 2.4GHz and Sub-1GHz can be used as bridged communication depending on the application or the environment. The ML7421 can be used in radio stations compliant to ETSI EN 300 200, FCC PART15, and ARIB STD-T66, T67, T108 with several packet handling functions based on Wireless M-Bus and IEEE802.15.4g. Furthermore, this LSI has very stable wireless characteristics even with environmental changes such as voltage and temperature fluctuations. Fluctuations over temperature(-40 to +85℃) are only 0.5dB in TX output power and 1.0dB in RX sensitivity. In addition, improving Delta-Sigma ADCs makes it possible to achieve flexible data rate demodulation up to 300kbps for global usage, while improving receiver sensitivity. As a results, the ML7421 is suitable for equipment used outdoors such as smart meters and various IoT sensors. These stable characteristics make it possible to extend long-range communication further with high power amplifier.