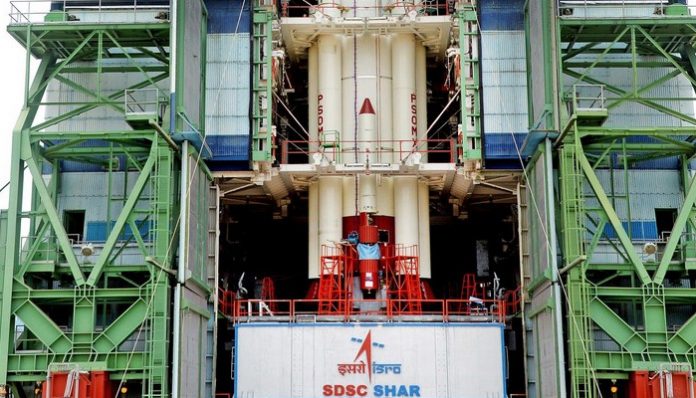 The overachiever rocket PSLV-38 by ISRO was launched from Satish Dhawan Space Centre in Sriharikota, Andhra Pradesh on June 23, 2017, cargoed with the Cartosat-2 series satellite with along 30 other international co-passenger satellites.

The 28-hour countdown for the launch began at 5.29 am on the day before.

With the launch of this third spacecraft in Cartosat-2 series, India widens its bird-view capacity that shall aid the defence sector extensively.

India’ surgical strike on seven terror launch pads across the Line of Control in 2015 is credited to the resourceful images taken by ISRO’s previous satellite in the Cartosat-2 series, which had a resolution of 0.8 metres, ISRO sources said.

With a resolution of 0.6 metres, the new satellite can figure more minute objects.

This time the PSLV rocket will be loaded with a 712 kg Cartosat-2 series satellite and additional weight of 30 co-passenger satellites with a total weight of 243 kg into a 505 km polar Sun Synchronous Orbit (SSO).

Cartosat-2 series satellite is primarily a remote sensing satellite with the objective of providing high-resolution scene-specific spot imagery, similar to its previous editions.

The satellite will also record videos from its orbit that shall come handy for a wide range of activities including military and civil planning.