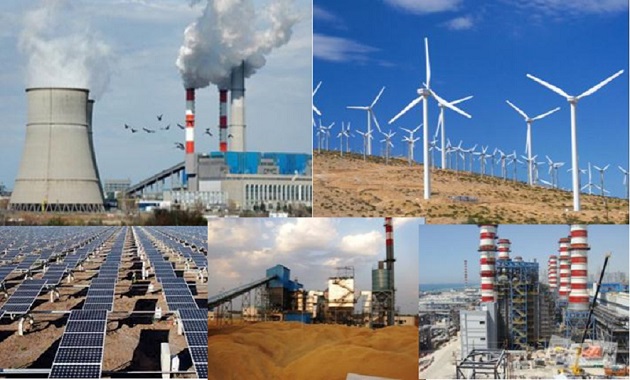 There are some points about solar PV technology that instantly endear us to the idea. Most of us have been dependent on supply of grid power throughout our life. I remember even about 5-10 years back daily power failure in a place like Mumbai was the norm. Every home had an inverter especially considering the oppressive heat in the city. I remember seeing a lot of ads with Sachin Tendulkar and Navjot Sidhu peddling inverters as the panacea for all the ills related to power.

Cut to the present. Solar power has grown from a meagre 3.7 GW in 2015 to an impressive 25.2 GW in 2018. A lot of capacity has got added in the areas of conventional thermal power as well. India’s thermal power capacity grew to 222.9 GW in 2018, 88% of which came from coal while the rest came from diesel and gas.

With a total installed capacity of 349.3 GW of power in India, in 2018, India was declared as a power surplus country. I always say that if it sounds too good to be true, it probably is. If we were to scratch the surface of the power surplus argument, we would get a deeper understanding of the issue. There are 2 mistakes that we are making while claiming surplus power:

This is like saying that if I miss my aim by 1 foot to the right once and 1 foot to the left next, on an average I am an ace shooter. In the power sector, the biggest problem is of the reach. Many people do not get any power due to the absence of a grid everywhere.

Not necessarily. I could very easily mean that we are consuming less than we ought to, if we are to be a truly fast-growing economy. Here are some numbers. The average per capita consumption of electricity in India is 1122 kWh/year. This ranks at 143 out of 219 countries on the list, which is quite astounding for one the worlds largest growing economies. In fact, we are just above Iraq which comes in at 144. Even if we are to ignore exceptions like Iceland (50613 kWh/capita/annum) due to cold weather, we should be looking at countries like Taiwan which is consuming 10,632 kWh.

In a nutshell, with the burgeoning middle class and rising aspirations, the power consumption is going only one way i.e. steeply upwards. So let us not kid ourselves to believe the surplus electricity bogey.

So, when solar power started gaining prominence about 4 – 5 years ago, a lot of investment came in form of massive solar farms with states like Gujarat, Rajasthan, Maharashtra, Karnataka, Tamil Nadu and Madhya Pradesh leading the way. These were essentially the companies with deep pockets in the form of either MNCs or large Indian business houses. This exponential growth and capacity addition came at a cost. As any economist would tell you, subsidy as a temporary measure is fine. But it is definitely not sustainable in the long run as an ongoing business model.

The aggressive bidding in the solar power sector led to prices at which they were selling to be driven down to levels of Rs 2.60/- and lower. The cost of generation is probably above Rs.3/-. So in no time all the subsidy benefits were frittered away by the producers. This has led to the investment in the solar farm segment coming down to a trickle.

Around late 2017, with increased awareness of solar and renewable energy, the momentum started to pick up in the rooftop segment. This is where the consumer and the EPC company both saw a lot of value. The consumer was seeing benefits as compared to his existing power purchase price (Rs.8/- to 18/-) while the EPC company was able to show value to the consumer and also keep a reasonable margin for himself.

This was a huge step in the direction of democratizing power. Consumers have started taking control of the production of the power they need. However, there are still speed bumps in the form of complicated and long processes for permission from the power distributor (in case of net metering). These were mostly a result of ignorance on the part of the power companies rather than reluctance. With increasing awareness, the necessity of speed money to move things along has started going up.

The real challenge to the growth of the grid tied power sector comes from the red tape. This has been frustrating consumers and EPC companies alike and continues to be a speed bump.

True democracy in the future:

A true democracy would mean that an individual is in a position to produce all the power that is required for his home. He doesn’t have to depend on the power distributor for his requirement. This is a concept that would be impossible to implement in large cities and towns primarily due to the lack of space. However, this has the potential to be a reality in the rural areas.

A large part of achieving true democracy depends on battery technology and community aggregation. Larger storage capacity and lowering costs of batteries are a critical element of off-grid solutions. We may have these technologies coming into the solar space primarily due to the development of the electric vehicles sector. On the other hand, there has been a conscious effort in the rural sector by the residents to create micro-grids with shared costs and shared benefits creating economies of scale.

As an EPC company, you would need to reinvent your business models and ways of thinking to move away from ‘project thinking’ to ‘product thinking’. Productizing your offerings and thinking about how you can get it across to your customers in the shortest time possible and provide maximum value would be the key.

The 4P’s of marketing is a concept that doesn’t come easily to EPC companies. But that will be your new reality either to adapt or to perish.