Is Hydrogen Fuel the future? 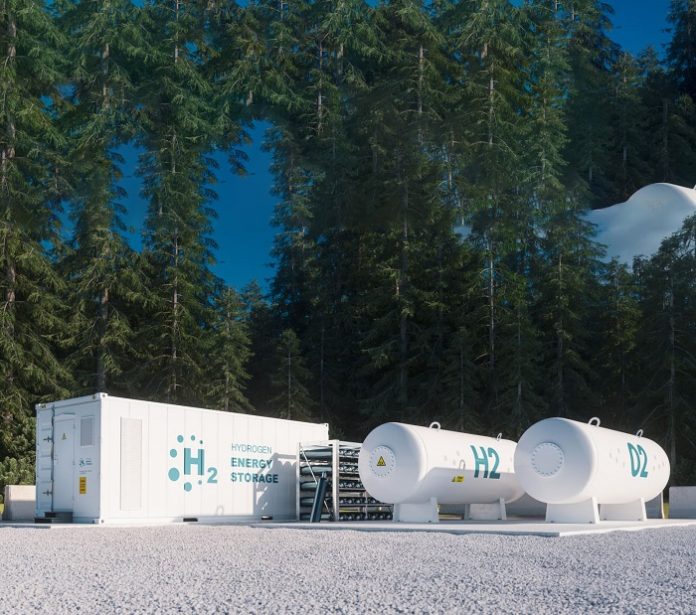 Hydrogen fuel with its various names as a clean fuel, zero-carbon fuel is the most accessible and future of fuels. Fuel is anything that can be made to react with other substances to release energy and the presence of hydrogen in domestic resources such as biomass, natural gas, nuclear power makes it the fuel of the future. It can even be produced through renewable power like solar and wind. All these qualities combined together to make it an alternative fuel option for transportation, electricity generation applications, portable electronic devices, and power backup systems.

In 1671, Robert Boyle discovered and described the reaction between iron filings and dilute acids, which results in the production of hydrogen gas. Hydrogen is the chemical element with the symbol H and atomic number 1. Hydrogen is the lightest element in the periodic table. At standard conditions, hydrogen is a gas of diatomic molecules having the formula H2. It is colorless, odourless, non-toxic, and highly combustible. The most interesting part of this element is that it is the most abundant chemical substance in the universe, constituting approximately 75% of all normal matters.

In many ways, hydrogen is the perfect fuel. It is the cleanest burning and the most efficient, creating an energy loop that is renewable and harmless to the environment. Hydrogen combines chemically with most elements, so it has been utilized as an industrial chemical in a wide range of applications for many years. With its abundant presence, the way of production turns out to be many. Let’s move on to the production of hydrogen.

Hydrogen is the simplest element due to its chemical composition of just one proton and one electron which makes it easy to react with various substances to transform into a form that is capable of solving some major problems of future fuel. The energy efficiency and environmental impact of hydrogen purely depend on how it is produced. There are several methods used in the industries to make hydrogen fuel. A few of them are talked about below:

Electrolytic Process: This method of separation of water into H2 and oxygen using an electronic current is called electrolysis. It is evident that the electricity which is produced by renewable sources, such as solar or wind, the resulting H2 will be considered renewable as well, and has numerous emissions benefits. Power-to-hydrogen projects are taking off, where excess renewable electricity, when available, is used to make hydrogen through electrolysis.

Methane pyrolysis is in development and considered suitable for commercial bulk hydrogen production.

Steam Reforming (Industrial Method): H2 is often produced using natural gas, which involves the removal of hydrogen from hydrocarbons at very high temperatures, with 48% of hydrogen production coming from steam reforming. Commercial bulk H2 is usually produced by the steam reforming of natural gas with the release of atmospheric greenhouse gas or with capture using CCS and climate change mitigation. Steam reforming is also known as the Bosch process and is widely used for the industrial preparation of hydrogen.

Solar-Driven Process: Solar-driven is basically using solar light or radiations to form hydrogen. There are basically three solar-driven processes of that kind include photobiological, photoelectrochemical, solar thermochemical. Photobiological processes use the natural photosynthetic activity of bacteria and green algae to produce H2. Photoelectrochemical processes use specialized semiconductors to separate water into H2 and oxygen. Solar thermochemical hydrogen production uses concentrated solar power to drive water splitting reactions often along with other species such as metal oxides.

Recently, the University of Texas solved a major problem of solar-driven processes. In a normal situation, the material that is highly absorbable of solar light is not stable and the stable that is stable is not a good absorber. So, the researchers make a combination of both types of materials and that material turns out to be “Silicon Dioxide” as silicon is a good absorbent material and another provides good stability. By coating the silicon dioxide layer with a thin film of aluminum and then heating the entire structure, arrays of nanoscale “spikes” of aluminum that completely bridge the silicon dioxide layer are formed when illuminated by sunlight, the devices can efficiently oxidize water to form oxygen molecules while also generating hydrogen at a separate electrode and exhibit outstanding stability under extended operation. Because the techniques employed to create these devices are commonly used in manufacturing semiconductor electronics, they should be easy to scale for mass production.

Practical Applications in the Tech Industry

Applications in the automobile industry

H2 is thought to be the alternative fuel for the automobile industry due to its high efficiency and zero carbon emission. Hydrogen use in vehicles is a major focus of fuel cell research and development. In countries like the United States, they have hydrogen refilling stations too. Most hydrogen-fueled vehicles are automobiles and transit buses that have an electric motor powered by a hydrogen fuel cell. A few of these vehicles burn hydrogen directly. The high cost of fuel cells and the limited availability of hydrogen fueling stations have limited the number of hydrogen-fueled vehicles. Even H2 fuel cell is used in trains in Germany and found that in next five years’ time, it may reach Great Britain, France, Italy, Japan, and United States. For personal use vehicles, nine of the major auto manufacturers are developing hydrogen fuel cell electric vehicles (FCEVs) for personal use. Notable models include the Toyota Mirai, Honda Clarity, Hyundai Nexo, and BMW.

In the production of Electricity

Challenges posed by Hydrogen as an alternative fuel

We have always heard that a coin has two sides, the same is with new future fuel. Talking of challenges to use H2 fuel in industries, quite a lot is reasonable and unavoidable. A few of them are listed below:-

Despite being available in such abundance in the universe, extraction is quite tough. H2 does not exist on its own so needs to be extracted from the water via electrolysis or separated from carbon fossil fuels. Both of these processes require a significant amount of energy to achieve. This energy can be more than that gained from the hydrogen itself as well as being expensive.

For extracting hydrogen, precious metals like platinum and iridium are required as catalysts and few electrolyzers for electrolysis. All these extra expenses make the raw material’s cost higher. The high cost has deterred some from investing in hydrogen fuel cell technology. Such costs need to be reduced in order to make hydrogen fuel cells a feasible fuel source for all. H2 fuel cells need investment to be developed to the point where they become a genuinely viable energy source. This will also require the political will to invest the time and money into development in order to improve and mature the technology.

Fossil fuels have been used for decades, the infrastructure for this power supply already exists. Large-scale adoption of H2 fuel cell technology for automotive applications will require new refuelling infrastructure to support it, although for long-range applications such as those for HGVs and delivery trucks are likely that start-to-end refuelling will be used.

The storage and transportation of hydrogen are more complex than those required for fossil fuels. This implies additional costs to consider for hydrogen fuel cells as a source of energy.

H2 fuel is the best sustainable and alternative fuel option for the near future and its applications are critical to not only the environment but for rising demands for fuel too. Researchers and innovative companies should give their hands down efforts to make H2 available just like water not only for industrial use but for personal use too.