MENUMENU
Home Industry News Why Invest in India? A Question worth Million Opportunities 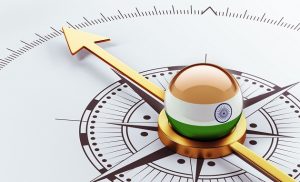 India has been the trading country since time immemorial asit dates back to 1400 B.C. In the ancient period Indians were the masters of the seaborne trade of Europe, Asia and Africa. Till about the beginning of the 18th century almost every nation on earth obtained to a large extent of supplies of Indian goods.The last decade of 20th century and the beginning of the 21st century witnessed the resurrection of large scale industrial activities in India. India – the very word reverberates a strong gust of dynamism. This south-Asian land of prominent heterogeneous features and characteristics, is difficult to be ignored by anyone globally. ‘India’ today is a huge brand to be reckoned with. After decades-long spells of uncertainty and paucity, this once-upon-a-time international hub of trade and business, is striking back like never before.

India–Japan relations have traditionally been strong and vibrant. The two largest and oldest democracies in Asia, having a high degree of congruence of political, economic and strategic interests, view each other as partners that have responsibility for and are capable of responding to global and regional challenges. The bilateral trade between India and Japan is expected to reach US$50 billion by 2019-20. The article discusses the bright spots for business and trade.

Presenting the next revolution: Invest India!

India is vibrating today in zeal, expanding its massive wings hovering over the international trade sky, presenting the world opportunities to sow and reap the richest of the harvest, especially in the fields of electronics and IT. Following are some of the most happening sectors where India stands tall as a major playground, and here is why you should be investing in them.

Automobile| Why to Invest?

Automobile Components | Why to Invest?

Aviation | Why to Invest?

Defence Manufacturing | Why to Invest?

Armoury of Opportunities: India has opened its classified gates in defence sector for private sector participation that is aimed to help foreign original equipment manufacturers (OEMs) to enter into strategic partnerships with Indian companies and influence the domestic markets as well as aim at global markets.

India is one of the largest importers of conventional defence equipment and spends about 31.1% of its total defence budget on capital acquisitions. About 60% of its defence requirements are met through imports. The allocation for Defence in the Union Budget 2016-17 is approximate USD 34.53 billion.

The 2013 Defence Procurement Procedure (DPP) is to encourage indigenous manufacturing of defence equipment, has been amended in 2016 to provide for IDDM (Indigenously Designed, Developed and Manufactured). The DPP is  giving weightage to ‘Buy (Indian-IDDM)’, ‘Buy (Indian)’ and ‘Buy and Make (Indian)’ over ‘Buy (Global)’ categories of capital acquisition.

India is also open for 100% FDI in defence sector, with up to 49% under automatic route and FDI above 49%, through Government route where it is likely to result in access to modern technology.

Electrical Machinery Why to Invest?

Electronic Systems | Why to Invest?

Renewable Energy | Why to Invest?

Space | Why to Invest?

IT |Why to Invest?

India with full vigor but utmost humbleness, is drawing the road map to economic empowerment with emphasis on international trade, which has been a time-tested formula for economic growth trajectories forother developed geographies like China, Japan, US, Taiwan, Korea, Germany, etc., in the recent past.

Government of India has launched five industrial corridor projects across India and the country is to spend a total amount 3.3 lakh crore INR to set up three new dedicated rail freight corridors (5,500 km in length, adding to the existing 3,300 km) over the next eight years. These proposed new corridors are the 2,328-km-long north-south corridor connecting Delhi to Chennai, the 2,327-km-long east-west corridor linking Kolkata with Mumbai, and the 1,114-km-long east coast corridor from Kharagpur to Vijaywada.

With a sheer aim to encourage investment, 100% FDI under the automatic route is permitted for both dedicated freight lines and rolling stock, including train sets, and locomotive/coaches manufacturing and maintenance facilities.

These corridors are focused on inclusive development to provide an impetus to industrialization and planned urbanization. In each of these corridors, manufacturing will be a key economic driver and these projects are seen as critical in raising the share of manufacturing in India’s Gross Domestic Product (GDP) from the current levels of 15% to 25% by 2025.

The Power in Indian Power

India today is claiming surplus production of power and this piece of information needs to get high dissemination in the lobbies of world trade centres, as there has been evident skepticism on the power efficiency of the country that has failed to bring investors to the land. India today stands with a production of 1108 TW, and is the world’s fifth largest producer and consumer of electricity with a total demand of 1905 TW expected by 2022.

100% Foreign Direct Investment (FDI) is allowed under the automatic route in the power sector for generation from all sources (except atomic energy), transmission and distribution of electric energy and Power Trading, subject to all the applicable regulations and laws. The government is focused on providing universal access and 24/7 supply of power.The commanding addition of new capacities to meet social and economic needs is taking India towards renewables, including solar, wind, mini hydel and biomass-based power, over the next 5–10 years.There is also a huge market for electrical energy storage in India, especially in integrating the renewable energy (RE) sources to the grid.

What is the biggest promise India is making to the world is the Digital India Drive. India, like never before is waving a huge green flag to this phenomenon. The rigorous adoption of digital technology isrevolutionising factory shop floors, reorganising old business models and making products smarter. Smart City Project across 100 Indian cities, is the greatest platform here which will enforce Digitalisation into every nook of the ecosystem. To facilitate this, a whole army of players in IT and major disruptive technologies will need to build up the force.

Anation where 53% of the country’s total population is in the working age bracket, India is standing tall, chest broaden with a steady rise in its GDP. India’s average GDP growth rate of 7.7 per cent per annum, India’s has a significant English-speaking population, The literacy rate in India is 74 percent, 250 million people are set to join India’s workforce by 2030, India’s young working age gives a significant edge in terms of cost competitiveness and low labour costs.

The Country that Consumes

India is heading upward to an altitude where it will hover as the ‘nation of consumers’. This implies that a new middle class is breeding up and this will accelerate vital alterations in the country and internationally in innovation of production processes, distribution and delivery of goods and services:

Indian Prime Minister, Narendra Modi, in September 2014, initiated the coveted ‘Make in India’ programme as part of a wider set of nation-building initiatives. This initiative is devised to project India as a global design and manufacturing hub.

India is on the threshold of major reforms and is poised to become the third-largest economy of the world by 2030. India offers the 3 ‘Ds’ for business to thrive— democracy, demography and demand. Today, Indian manufacturing companies in several sectors are targeting global markets and are becoming formidable global competitors.

To Shape Up Existing Grids for Renewables Infineon Partners with Smart...

Commvault’s Outlook 2017: Major Trends to Drive the IT Industry