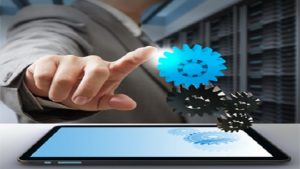 Cars, homes, industrial plants and consumer devices are rapidly becoming connected to the Internet: 3 years from now, 30 billion devices will belong to the Internet of Things (IoT). While today the interaction between humans and machines is mostly done by touch, the next evolutionary step of IoT will lead to the omni-presence of high-performance voice control. Infineon Technologies AG  wants to further develop its capabilities to shape this market segment. Complementing other partnerships, Infineon has made a strategic minority investment in XMOS Limited, a Bristol based fabless semiconductor company that provides voice processors for IoT devices. Infineon leads the recent USD 15 million Series-E funding round.

“Through this investment, Infineon will further explore the high potential of voice control and is well positioned to address future use cases like speaker authentication or contextual awareness” said Andreas Urschitz, President of the Power Management & Multimarket (PMM) Division at Infineon. The market for consumer devices with voice-controlled human machine interface (HMI) such as digital home assistants is estimated to grow at a compound annual growth rate of 46 percent in the coming years, according to IHS (IHS Markit Digital assistants and AI, May 2017).

“This was the logical next step, as we have identified HMI as a strategic growth area.” Mark Lippett, CEO of XMOS, was quick to point out the synergies: “Infineon and XMOS share an exciting vision of next generation user experiences, and best in class technology in complimentary areas.  Partnerships like ours will be key to the realization of universally accessible IoT solutions.”

Today, voice controllers, used in voice recognition systems, struggle to differentiate between speech from a person in the room, and a synthesized source such as a radio, TV; they often identify the voice of interest based on the loudest noise. Earlier in 2017 Infineon and XMOS demonstrated an enhanced solution to overcome these issues, using intelligent human-sensing microphones and gesture recognition. The solution featured a combination of Infineon’s radar and silicon microphone sensors to detect the position and the distance of the speaker from the microphones, with XMOS far field voice processing technology used to capture speech.

Wearable applications to fuel up with ‘Transformative electronics systems’