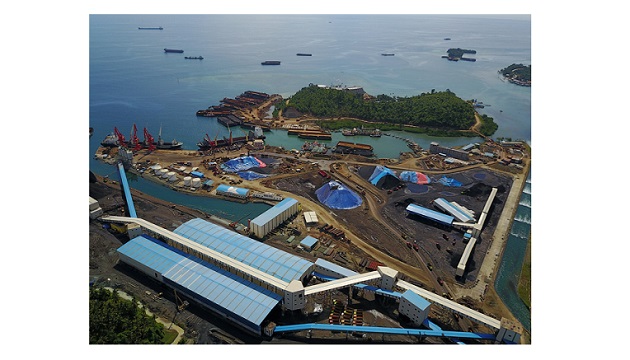 The $4 billion project involves investors from South Korea, Japan and China, Pandjaitan told reporters, without naming the companies involved or providing further details on the project.

“Looking at its resources, Indonesia will become the main player in lithium batteries,” Pandjaitan told reporters, referring to forecasts for surging demand for batteries for electric vehicles.

But nickel is also a vital ingredient for the lithium-ion batteries used to power electric vehicles, where demand is set to accelerate over coming years.

Indonesia, with reserves of both nickel and cobalt used in lithium battery cathodes, is well positioned to meet that demand amid advancements in electric vehicle technology, the minister said.

“We will control the world market,” Pandjaitain added. “We are lucky – we are starting in the third generation of lithium batteries, so it’s cheaper.”

Analysts, however, have cast doubts on how quickly such plans can be carried out, as some of the required nickel smelter technology is complicated.

The Morowali site where the proposed battery plant would be located currently has 20 nickel ore processing facilities that feed 1.5 million tonnes of nickel pig iron a year into a 3-million tonne-per-year stainless steel mill.

Chinese battery firm GEM Co Ltd said in late September that it was teaming up with four companies to invest a total of $700 million in a project to produce battery-grade nickel chemicals in Morowali.

Tsingshan, already Indonesia’s biggest nickel producer, is also leading a group seeking investors for a nickel sulphate plant in a $10 billion industrial park linked to its Weda Bay concession on the island of Halmahera, the group said in August.

The latest surprise entrant in the rush to grab a slice of the sector has been Pertamina, Indonesia’s state energy company, which may team up with state miner Aneka Tambang to make batteries.

“We hope at least by the end of 2020 or the beginning of 2021 we can produce batteries commercially ourselves,” Herutama Trikoranto, Pertamina’s Senior Vice President for research and technology said.

The company has already completed a pilot project that needed to be scaled up, he said.