India’s Game Closer to Semiconductor Fabrication than Ever Before 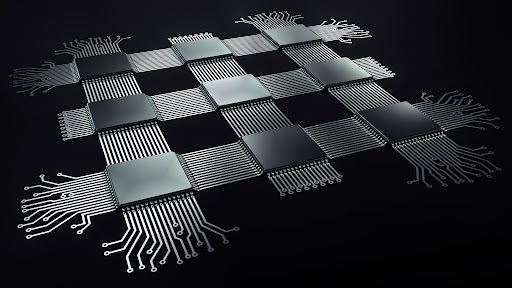 While the world is trying to erase the dents of covid followed by major chip shortage worldwide. India is trying to make its marks stronger in the semiconductor industry. India is one of the major consumers of electronics as being the second largest population of the world but not even a single manufacturing unit of semiconductor is established in India so far. Though Covid-19 has disrupted every industry, India is still hoping to make its way through the major industry of electronics. India’s huge effort to gatecrash this industry and its journey to become one of the leading manufacturers of semiconductor is epitomic.

India as leading manufacturer, investments and roadmap ahead

This pandemic has taught us way too many things, and one of the most important one being that India must take a lead in the manufacturing of semiconductors and display panels if we are to safeguard our economy and livelihoods against any other upcoming crises and changes.

The Indian government has some major footsteps that India is thinking of fully manufacturing instead some five years back, Indian industries were centered on trading goods and the maximum that companies came close to creating goods was by assembling raw materials to make products. The move by the Indian government to ban imports of CBUs (completely built-up) such as ACs and TVs did set the right example which led the way for local manufacturing in India.

Moving forward to the biggest provided incentive ever, yes this is about the red carpet incentives for semiconductor companies. The government is planning to provide incentives worth Rs 76,000 crore towards setting up over 20 semiconductor design, components manufacturing, and display fabrication (fab) units over the next six years, in a bid to make India a hub for electronics. These companies will include one to two fab units for displays, and 10 units each for designing and manufacturing components.

India needs to act fast though, there is a massive shortage and every single eyeball is focusing on it to turn this crisis into an opportunity.

Uttar Pradesh as the biggest hub for Semiconductor

Up is Armed with the new UP Electronics Manufacturing Policy 2020, which envisages a total investment of Rs 40,000 crore in the electronics/IT sector and creating 400,000 job opportunities, the state has started wooing the private sector players to set up semiconductor units in UP. Not just that Up’s CM Yogi Adityanath government has promised to offer a slew of incentives and support to the companies and technology startups for setting up semiconductor units in the state.

UP has been a hub for IT companies in the last 4-5 years, it has grown immensely in that field. Since, big companies from China, Taiwan and Korea have so far invested in the IT and electronics sector in UP, the semiconductor players would also decide favorably to invest in the state under the recently approved PLI scheme

Karnataka in the forefront to allot land

The Karnataka State Government is willing to provide 200 acres of land near Kempegowda International Airport (KIA) to facilitate the growth of semiconductor industries. The ecosystem for the flourishing of the electronics sector is very conducive and the country’s consumption per capita with regard to electronic goods is also increasing. If we have the infrastructure, we would be more than happy to provide it for the fabrication.

All the emerging industries such as robotics, artificial intelligence, medical devices, telemedicine, Industry 4.0, consumer electronics, space and defense, etc, primarily depend on electronics. Considering this, to facilitate the growth of the industry-government has come out with the Engineering Research & Development Policy and upgraded ITI’s, GTTC’s across the state together with revamping curriculum in higher education courses.

The so in talk 76000 crore incentive is issued for the development of fab units in India but no one has the clarity that it is a cash incentive, land subsidy, duty subsidy or all of it.Others have doubt that it is just a center’s fund or state can top up on it too. As earlier states have different Capex depending on the land, capital or labour infrastructure present in the state.

Though there are various confusions on the recent PLI scheme of INR 76,000 Cr but it is surely going to be game-changing. I am sure this proactive move by the government will greatly strengthen India’s vision to emerge as a significant player in the semiconductor ecosystem.”