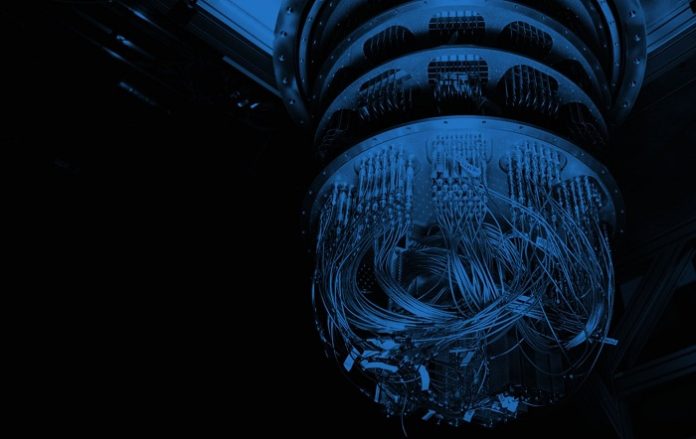 There have been seismic advancements in the world of computing since Steve Jobs unveiled a computer you could put in your pocket. The past few years in the realm of information processing have been exponentially transformational. What was once thought of as science fiction fantasies are now technological realities in an average Joe’s hand. Classical computing has become exponentially faster and more capable and our enabling devices smaller and more adaptable.

We are entering into a whole new computational stratosphere that is beginning to evolve beyond classical computing into a new data era called quantum computing. Quantum computers represent a paradigm shift in computation. We are entering a fascinating period in the development of quantum computers. Quantum systems are scaling up in both size and reliability and are getting close to showing a real advantage over classical computers. As this technology is still in such an early phase, it may be that its true impact is not even fully understood yet. This makes this field even more fascinating to follow.

Quantum computers which are at their very nascent stage, are believed to take us into the future of information processing with an augmented acceleration via touching the landscape of artificial intelligence and data analytics. Like the first digital computers, quantum computers offer the possibility of technology exponentially more powerful than current systems. They stand to change companies, entire industries, and the world by solving problems that seem impossible today.

Accelerating advances in quantum computing are serving as powerful reminders that the technology is rapidly advancing toward commercial viability. In just the past few months, for example, a research center in Japan announced a breakthrough in entangling qubits (the basic unit of information in quantum, akin to bits in conventional computers) that could improve error correction in quantum systems and potentially make large-scale quantum computers possible. And one company in Australia has developed software that has been shown in experiments to improve the performance of any quantum-computing hardware.

While quantum computing promises to be of service to businesses solving problems that conventional high-performance computer does not even begin to comprehend and hence are beyond their reach and speed, use cases of quantum computing are largely experimental and hypothetical at this early stage. Indeed, experts are still debating the most foundational topics for the field.

When on the subject of quantum computers, it is impossible not to address the quantum mechanics behind them. Dictionary-wise quantum simply means the very ‘small’. In the quantum mechanical world, objects do not necessarily have clearly defined states, as demonstrated by the famous double-slit experiment in which a single photon of light passing through a screen with two small slits will produce a wavelike interference pattern or superposition of all available paths. However, when a detector is used to determine which slit the photon passed through—the interference pattern disappears. Hence, a quantum system “exists” in all possible states before a measurement “collapses” the system into one state. Harnessing this phenomenon in a computer promises to expand computational power greatly.

A traditional digital computer exerts binary digits, or bits, that can be in one of two states, represented as 0 and 1; thus, for example, a 4-bit computer register can hold any one of 16 (24) possible numbers. In contrast, a quantum bit (qubit) exists in a wavelike superposition of values from 0 to 1; thus, for example, a 4-qubit computer register can hold 16 different numbers simultaneously. In theory, a quantum computer can therefore operate on a great many values in parallel, so that a 30-qubit quantum computer would be comparable to a digital computer capable of performing 10 trillion floating-point operations per second (TFLOPS)—comparable to the speed of the fastest supercomputers.

An ecosystem that can sustain a quantum computing industry is unfolding. Recent research from Mckinsey indicates that the value at stake for quantum-computing players is nearly $80 billion (not to be confused with the value that quantum-computing use cases could generate). The majority of the funding comes from the public sector, as quantum computing is still a very young field. However, private funding is increasing rapidly. In 2021 alone, announced investments in quantum-computing start-ups have surpassed $1.7 billion, more than double the amount raised in 2020.

Start-ups focusing primarily on software are increasing faster than any other segment of the quantum computing value chain. In software, industry participants currently offer customized services and aim to develop turnkey services when the industry is more mature. As quantum-computing software continues to develop, organizations will be able to upgrade their software tools and eventually use fully quantum tools. In the meantime, quantum computing requires a new programming paradigm—and software stack. On the other hand, hardware will be a significant bottleneck in the ecosystem mainly because of the structural and technical challenged it entails.

There is the matter of scaling the number of qubits in a quantum computer while achieving a sufficient level of qubit quality. Hardware also has a high barrier to entry because it requires a rare combination of capital, experience in experimental and theoretical quantum physics, and deep knowledge—especially domain knowledge of the relevant options for implementation.

Multiple quantum-computing hardware platforms are under development. The most important milestone will be the achievement of fully error-corrected, fault-tolerant quantum computing, without which a quantum computer cannot provide exact, mathematically accurate results.

Eventually, cloud-based computing services could be of the paramount value part of the ecosystem and can create outsize rewards to those who control them.

The major use cases of quantum computing fit into four paradigms:  quantum simulation, quantum linear algebra for AI and machine learning, quantum optimization and search, and quantum factorization. Mckinsey’s report highlighted potential use cases in a few industries that could reap the greatest short-term benefits from the technology: pharmaceuticals, chemicals, automotive, and finance. Collectively (and conservatively), the value at stake for these industries could be between roughly $300 billion and $700 billion.

Quantum computing has the potential to revolutionize the research and development of molecular structures in the biopharmaceuticals industry as well as provide value in production and further down the value chain. In R&D, for example, new drugs take an average of $2 billion and more than ten years to reach the market after discovery. Quantum computing could make R&D dramatically faster and more targeted and precise by making target identification, drug design, and toxicity testing less dependent on trial and error and therefore more efficient. Production, logistics, and supply chain could also benefit from quantum computing.

Until about 2030, it is believed that the quantum-computing usage scenario will have an amalgamated operating model that is a hybrid between quantum and conventional high-performance computing.

A new language for quantum computing

Scientists from MIT’s Computer Science and Artificial Intelligence (CSAIL) aimed to do some unravelling by creating their own programming language for quantum computing called Twist. Twist can describe and verify which pieces of data are entangled in a quantum program, through a language a classical programmer can understand. The language uses a concept called purity, which enforces the absence of entanglement and results in more intuitive programs, with ideally fewer bugs. For example, a programmer can use Twist to say that the temporary data generated as garbage by a program is not entangled with the program’s answer, making it safe to throw away.