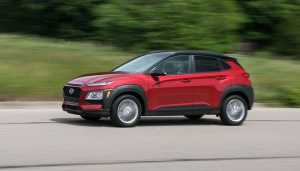 Hyundai Kona will be India’s first electric vehicle on sale unless Mahindra’s electric KUV100 gets launched a little early.

Hyundai Motor India is ready to launch Hyundai Kona, India’s first electric SUV. Priced a little less than Rs. 30 lakhs, it is set to debut in July 2019. The company has confirmed that the SUV will be assembled at its Chennai unit.

The Indian wing of the Korean carmaker also said that initially, Hyundai Kona’s sale will be mostly concentrated in the top-10 metropolitan cities of the country. It has plans to expand its market reach later. While the SUV has already started its sales in some of the global markets, it has set a target to sell off at least 1000 electric SUVs in India in the very first year of its launch.

It has been reported that the Chennai plant, where the SUV is set to be assembled, will gain additional investments to accelerate its production capacity to 7.5 lakh units per annum by the end of this year. The aim is to reach 30000 units of Hyundai Kona by 2020.

Hyundai Kona will be India’s first electric vehicle on sale unless Mahindra company’s electric KUV100 gets launched a little early. Electric vehicles have been the latest buzz in India. The government has been encouraging the environment-friendly vehicles with the aim to cut down on emissions and imports. As India is gearing up for the EVs, various auto companies are also ramping up their productions.

India has been promoting electric vehicles, which has resulted in the major auto companies’ interests to foray into the new industry. Recently, Mahindra & Mahindra, Suzuki-Toyota duo and Honda expressed interest in launching their respective electric vehicles in India.

Currently, Hyundai Motor India is getting ready to launch its all-new Santro. The bookings will start from October 10, only to be at the peak in the festive season in the later part of the month.