India’s Chase to the Semiconductor Business, Strangleholds and Up Comings 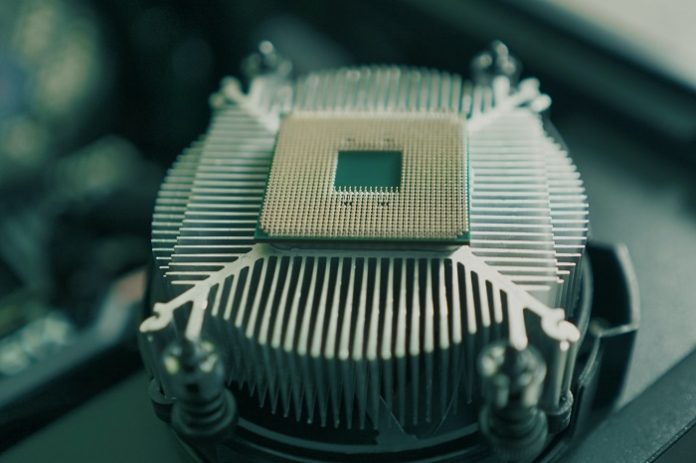 In today’s era, semiconductors or chips are the lifeblood of all digital products. Perhaps, India imports 100 percent of its semiconductors. No country has so far established complete autonomy in the semiconductor value chain. However, Indian companies such as Tata and others have recently announced their aspirations to increase their lead in the design and ramp up manufacturing. The Tata Group is looking to enter semiconductor manufacturing and has set up a business to seize the opportunity.

Chip design and manufacturing are highly capital intensive. Setting up the Semiconductor Wafer Fabrication (FAB) unit is a capital-intensive proposition. The investment required to set up a FAB can range from $3 billion to $6 billion, depending on the technology node and wafer capacity of the FAB. Unless the commercial viability of such investment is evident, private investors will not be forthcoming.

Chip manufacturing, being technology and capital intensive, necessitates the availability of specialized equipment. Approximately, over 50 pieces of equipment are required along the semiconductor supply chain. Some of them are Lithography tools, Metrology and inspection equipment and subsystems like optical or vacuum subsystems, gas and fluid management, thermal management, or wafer handling.

A semiconductor is the real deal for every sector gains utmost attention from every ministry too. Recently, Finance Minister Nirmala Sitharaman in August 2021, during CII Annual Meeting, said that the industry needs to bring chip manufacturing to India in view of the global semiconductor shortage affecting manufacturing across the world. FM Sitharaman also said that the industry needs to focus on a self-reliant India plan for its energy needs.

We need to move to more Original Design Manufacturing (ODM) models: In an interview, Ajai Chowdhry, who serves as chairman of the Electronics Sector Skills Council of India, discussed the country’s run in electronics manufacturing, its faults and what it needs to do to make an impact.

He quoted that what we have done in the last 3-4 years is a phenomenal amount of work on getting manufacturing to India. But what’s really happened is that the width in manufacturing has happened in electronics, but the depth is still not good enough, which is what is required. Depth happens if you start designing in India. When you start designing here, then you can use components that are available in India. Some will be imported, but some are available. If we start making products in India then we will be defining the components that we will use for it. As we design in India, you will see more depth happening and we will be creating a market for our future semiconductor plants.

Recent Developments and Road Ahead: Semiconductors such as memory chips are a backbone and a prerequisite for any endeavors in emerging technologies. From Artificial intelligence (AI) reliant smartphones to the adoption of the Internet of Things (IoT), 5G, or the automotive sector – nothing has been left untouched by the semiconductors. Semiconductors or chip is used in power technologies that enrich the lives of consumers and make businesses run smarter, faster, and more efficiently.

In recent years, the government initiated many policies for establishing FAB units and supporting infrastructure in India. Some of these are EDF (Electronic Development Fund), EMC (Electronic Manufacturing Clusters), ESDM, SPECS, M-SIP, PLI. Despite these incentives, investments for setting up fab units from global majors like TSMC, Intel, and Samsung have not been forthcoming.

We are still figuring out ways to make this happen very soon. Many relevant and efficient steps are taken for the same.

India Plans a ₹76,000-cr Red Carpet for Semiconductor Companies: The government is planning to provide incentives worth Rs 76,000 crore towards setting up over 20 semiconductor design, components manufacturing, and display fabrication (fab) units over the next six years, in a bid to make India a hub for electronics.

“Through various PLI (production linked incentive) schemes, the Centre has tried to broaden the scope of manufacturing and export from India while the semiconductor policy will help deepen India’s manufacturing base. The government’s target includes one to two fab units for displays, and 10 units each for designing and manufacturing components. Semiconductors are used for making a wide range of products ranging from automobiles to handsets.

It is also mentioned that India needs to create a ‘National Semiconductor Mission’ as the “world needs India in this field”. It is also added that the performance-linked incentive (PLI) scheme for smartphones needs to revamp and requires course correction if the country is to achieve the $300 billion target in electronics manufacturing by 2025-26.

The suggestions emerged in presentations made before senior government ministers at the ongoing ‘Azadi Ka Digital Mahotsav’ after heads of several firms debated on how India can achieve its big aim. As much as we are chasing the semiconductor business, the World needs India for semiconductors.

$10 Billion Boost for Semiconductor Manufacturing in India: In an attempt to make India a hub for electronics, the government plans to provide incentives worth IN₹760 billion (approximately US$10 billion) towards setting up over 20 semiconductor designs, components manufacturing, and display fabrication (fab) units over the next six years.

India’s Tata in Talks to set up a $300 Million Semiconductor Assembly Unit: India’s Tata group is in talks with three states to invest up to $300 million to set up a semiconductor assembly and test unit. Tata is talking to the southern states of Tamil Nadu, Karnataka and Telangana and scouting for land for the outsourced semiconductor assembly and test (OSAT) plant. While Tata has previously said it would likely enter the semiconductor business, this is the first time news about the group’s foray into the sector and its scale has been reported.

An OSAT plant package assembles and tests foundry-made silicon wafers, turning them into finished semiconductor chips. While they (Tata) are very strong on the software side of things hardware is something they want to add to their portfolio, which is very critical for long-term growth.

Unprecedented Pandemic: Talking of challenges, the latest semiconductor chip crunch has sent ripples through entire sections of the economy that rely on them. From the automobile sector to electronics, the chip shortage has shaken up companies and countries. In the midst of this unprecedented crisis, India is in talks with Taiwan to set up an indigenous semiconductor assembly plant worth $7.5 billion, with the Indian government paying for at least half the amount.

In February 2019, a year before the pandemic struck, the SIA (Semiconductor Industry Association) announced that in 2018 alone, a record-breaking ‘more than one trillion chips’ were sold. A more recent Wall Street Journal report tables that semiconductors rank as the world’s fourth most-traded product (imports and exports, counted), after crude oil, refined oil and cars. Today, we are witnessing a shortage of semiconductors in most parts of the world. The reasons are many but the solutions are few.

But while India is dreaming big of becoming a new semiconductor processing hub for the world, the likely outcome is going to be much more modest or disappointing.

Taiwan’s stranglehold and other competitors: India is not the only country that has dreams of becoming a semiconductor manufacturing hub. China has put in considerable resources and political will to turn itself into a major center of chip manufacturing and processing. But China’s manufacturing prowess lacks the capability to manufacturer the latest and most efficient processors out there. Taiwan, on the other hand, and in particular the Taiwan Semiconductor Manufacturing Company, holds a virtual monopoly in the global chip manufacturing industry. The company is responsible for over half of all semiconductor chips that are manufactured in the world, and the country as a whole is responsible for over 60 percent of global production. Other major centres include South Korea and the US.