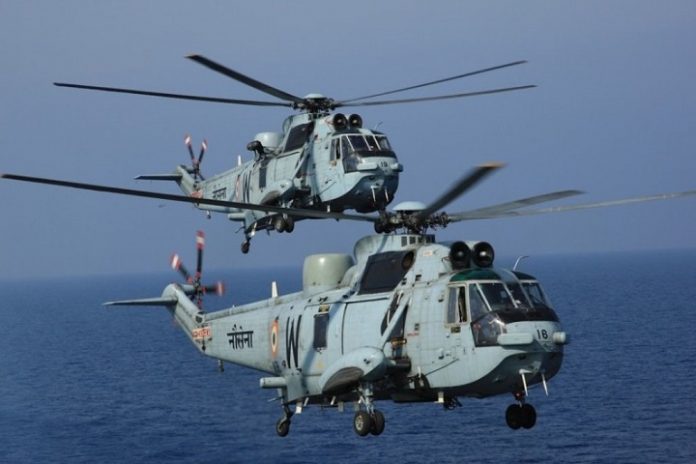 The Indian Navy has gone for local to boost the maritime operational capacity of the country. There have been orders placed with the Hindustan Aeronautics Limited (HAL) for Fixed-Wing Aircraft and Rotary-Wing Helicopters.

MoS Defence was replying in Lok Sabha to a question asked by Ravindra Kushwaha, Member of Parliament from Salempur in Uttar Pradesh.

The Minister admitted to delays in the delivery process and also informed about delays in delivery of the Submarines being constructed in Mazgaon Dockyard Limited (MDL), Mumbai.

“Six Scorpene-class submarines are being built by Mazagon Dock and Shipbuilders Limited (MDL) under Project-75,” Minister said and added, there are some delays in the projects.

Minister said the outbreak of the COVID-19 pandemic has further impacted the delivery schedule of the submarines.

The aircraft deliveries have been delayed due to the supply chain disruptions caused by the COVID-19 pandemic and the delays in Submarine delivery have been caused due to the various defects observed during the trials of the submarines, the requirement of certain modifications and delays in the supply of items required for construction by the collaborator / ToT provider – Naval Group, France, said, Shripad Naik.

COVID-19 added further to the delays in the submarine delivery but did not give details. “In the interest of national security the details cannot be divulged said Naik, “However, the existing submarine fleet is being maintained combat worthy through life extensions and modernization/ upgradation.” Indian Navy has been facing issues of obsolescence in its underwater combat capabilities however the Projects 75 and 75 (India) will plug this gap.

Due to the indigenization effort of the Navy, 40 of the total 51 ships and submarines on order and to be part of the Navy are being constructed in the Indian shipyards.

The first indigenous ship INS Nilgiri was the Leander Class-class Frigates were constructed at the Mazagaon Dockyard Limited (MDL), Mumbai. Indian Navy started working on the indigenous design of warships in the early 1960s and by now have successfully completed 19 warship designs based on which more than 90 platforms have been constructed.

Navy is working to plug the process to cap the delays in delivery of platforms being manufactured indigenously.