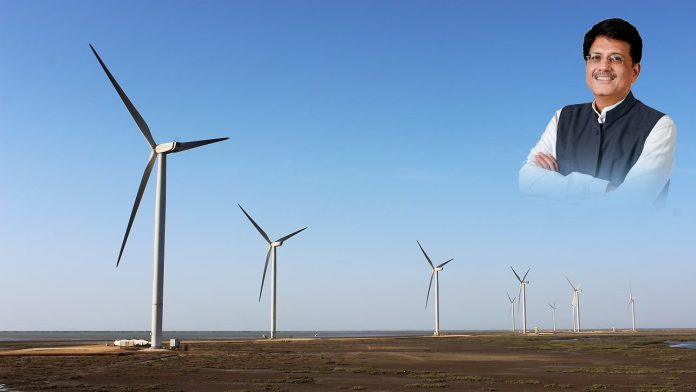 Union Power and Coal Minister Piyush Goyal on April 15, 2017, dedicated to the nation four wind power plants of 198 Mega Watt, built by Nalco, and announced an expansion plan for the aluminium major to raise its capacity to 1 mpta.

“We are taking concrete steps to increase production of Nalco. There is a major expansion programme to raise its capacity to 1 million tonne per annum,” Goyal said while dedicating the wind units with a total capacity of 198 MW.

Built at a cost of Rs 1350 crore, the plants, unveiled at a function in Bhubaneswar, are located in Rajasthan, Maharashtra and Andhra Pradesh, while the company plans more wind power plants of 120 MW besides installing solar units.

Of these 50.4 MW project will be in Gadikota, Andhra Pradesh while one 47.6 MW project would come in Ludharva in Rajasthan. Maharashtra will get a project of 54.4 MW at Satara and the western state of Rajasthan will have another project of 50 MW at Devikot near Jaisalmer. The 198 MW projects would cost the government a total expenditure of Rs 1,350 crore.

Stating that Nalco’s production remained stagnant for a long time and the company has also mooted establishing an aluminium plant in Iran, the minister said the focus of National Democratic Alliance (NDA) government was to increase production in Odisha itself.

Goyal said the expansion of Nalco would also provide employment to thousands of local youths who were not needed to migrate elsewhere in search of jobs. The revenue of the state would also go up substantially.

As part of the expansion plan, the capacity of Nalco’s smelter at Angul is being increased from .46 mtpa to one mtpa with an investment of Rs 20,000 crore, a senior company official said.