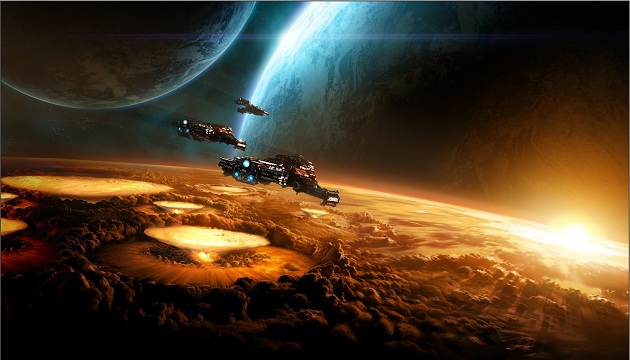 The opportunities in the satellite space are mushrooming at an incredible pace in military and defense applications, broadband IP services, and ground- and space- segment products and services. These technologies have accomplished significant breakthrough efficiencies and improvements in performances in very recent times over last decade. However, these advancements have happened simultaneously with vast performance gains by other telecommunication and IT systems.

The Role of Satellites in Day-to-Day Communication

Not many people are aware of the fact that a major part of the day-to-day communication happens through the satellite and not ground cables. There was a time when ground cabling carried a vast portion of communication, but today it is assisted by new satellites, especially geostationary models, helping almost continuous and total global coverage.

This almost incessant global coverage assists in the realization of a lot of remote healthcare services, like remote health monitoring, emergency communication, assistance in search or rescue operations, and very recently trend is extended to tele-diagnosis. These along with several other associated services can now be implemented at almost any under-services or remote location on the Earth. This would have been impossible without satellite communications.

While these are the most important trends, there are few others like the setup of benchmarks depending upon Digital Video Broadcast (DVB), application of inter-platform links and optical inter-satellite, use of Multiprotocol Label Switching (MPLS) in satellite networks and on-board switching application considering quality of service (QoS) ruling the satellite space.

The main challenge faced by satellite communication is latency – delays caused due to switching and distance. This does not matter with broadcasts or web browsing, but it is important where quick communication is needed between consumers who are just few miles (say 3,000 miles) away as an aircraft flies (but more than 70,000 miles apart if the signal bounces through a satellite). It is a matter of great concern for surgeons who are controlling robotic operating equipment during a surgery in another country and it gets quite annoying in video conferences. Also for ADAS domain the satellite communication is not suitable as it needs very low latency.

Forecasting the future is uncertain in Science. Nonetheless, in the satellite space, there’s a trend for ever-increasing flexibility, capacity, and service availability in addition to increasingly lighter, more compact, more affordable, and ergonomic personal and ground terminals.

As the world economies turn out to be increasingly global and as all global parts, the atmosphere, and the oceans are exploited by mankind, the need for efficient wireless interlinks through satellite and terrestrial wireless communication will expand. Furthermore, the increase usage of space systems (planetary, manned, and unmanned bodies) will give rise to the need for enhanced space communication systems.

If Electric Airplanes to Fly in Skies