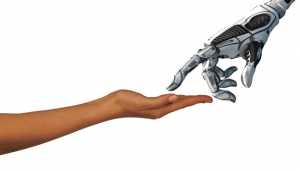 A new algorithm has been developed by researchers at MIT, through which, the partial trajectories are accurately aligned in real-time, allowing motion predictors to accurately anticipate the timing of a person’s motion.

With experimenting the new algorithm to the BMW factory floor, the researchers found that the robot simply rolled on, instead of freezing in its place, and was safely out of the way by the time the person walked by again.

“This algorithm builds in components that help a robot understand and monitor stops and overlaps in movement, which are a core part of human motion,” says Julie Shah, associate professor of aeronautics and astronautics at MIT. “This technique is one of the many way we’re working on robots better understanding people.”

To enable robots to predict human movements, researchers typically borrow algorithms from music and speech processing. These algorithms are designed to align two complete time series, or sets of related data, such as an audio track of a musical performance and a scrolling video of that piece’s musical notation.

Researchers have used similar alignment algorithms to sync up real-time and previously recorded measurements of human motion, to predict where a person will be, say, five seconds from now. But unlike music or speech, human motion can be messy and highly variable. Even for repetitive movements, such as reaching across a table to screw in a bolt, one person may move slightly differently each time.

Existing algorithms typically take in streaming motion data, in the form of dots representing the position of a person over time, and compare the trajectory of those dots to a library of common trajectories for the given scenario. An algorithm maps a trajectory in terms of the relative distance between dots.