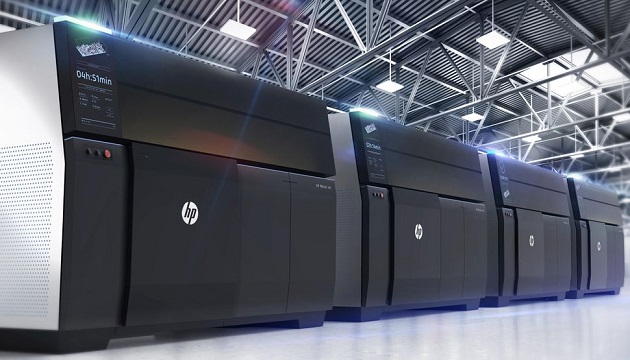 Called HP Metal Jet, the technology is up to 50 times more productive, delivering low-cost, high-quality mechanically functional parts for the auto, industrial and medical industries to begin with.

“HP has helped lead the transformation by pioneering the 3D mass production of plastic parts and we are now doubling down with HP Metal Jet, a breakthrough metals 3D printing technology,” said Dion Weisler, CEO and President, HP Inc.

HP Metal Jet will start with producing stainless steel finished parts. In the first half of 2019, customers will be able to upload 3D design files and receive industrial-grade parts in large quantities from the new Metal Jet Production Service.

Volkswagen is integrating HP Metal Jet into its long-term design and production roadmap. As new platforms such as electric vehicles enter mass production, HP Metal Jet is expected to be leveraged for additional applications such as the light-weighting of fully safety certified metal parts.”

“By 2025, the brands of Volkswagen Group will have introduced 80 new electric modes,” said Dr Martin Goede, Head of Technology Planning and Development, Volkswagen.

“A big advantage of an additive technology like HP Metal Jet is it allows us to produce many of these parts without first having to build manufacturing tools,” he added.

“We are excited to deploy HP Metal Jet in our factories and begin manufacturing complex parts, such as surgical scissors and endoscopic surgical jaws,” said Rob Hall, President of Parmatech.

Parmatech is a world leader in metal injection molding and has been a metals manufacturing pioneer for more than 40 years.