How 5G & Blockchain will Make your E-transactions Quicker, Safer 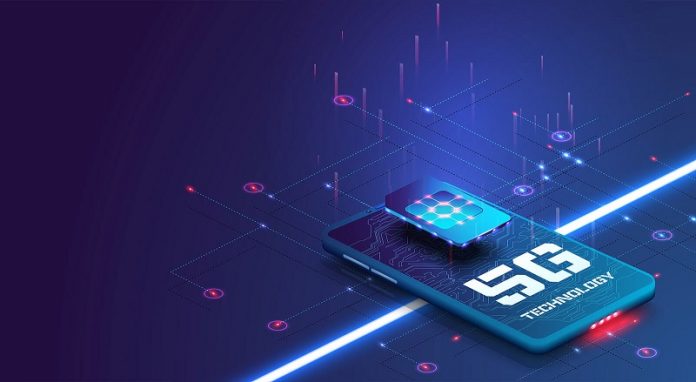 Today, when you book your flight ticket on a portal, it prompts you to buy travel insurance for a nominal amount. But claiming the insurance amount in case of a flight delay can be fraught with hassles.

What if there was a smart and trustworthy system that could ensure that your claim amount got automatically credited to your digital wallet or bank account within minutes of your flight being delayed, without you having to go through the hassle of chasing the travel portal or insurance company?

Soon this may be a reality with the country’s apex banking technology research organization, Institute for Development and Research in Banking Technology (IDRBT), working on building next-generation financial infrastructure that includes `smart contracts, which will boost the trust quotient in digital transactions.

This network will enable higher transaction speeds as well as AR/VR (augmented reality/virtual reality) capabilities to enable virtual banking, something that 4G networks are not able to support efficiently.

With 5G, minimum latency can be reduced to one millisecond as compared to 50 milliseconds in 4G, and data speeds can be around 10-20x faster than our existing 4G networks.

Then, sitting on top of this high-speed 5G network, there will be ‘Smart Contracts’ that will be powered by the distributed ledger technology or Blockchain as it is more popularly known.

To put it simply, with smart contracts, a financial agreement between two parties will get executed automatically when all the predetermined conditions are satisfied. This not only saves time but also ensures that ‘contracts’ are fulfilled.

These ‘Smart Contracts’ will boost trust in digital transactions, similar to the manner in which we trust cash transactions, by enforcing the fulfillment of the agreed-upon financial contract or transaction.

He pointed out that in the future, financial infrastructure will be equipped to support both digital marketplaces and digital payments in a trusted environment.

We will be able to trade all digital assets in a trusted manner in the future using this next-gen infrastructure.

Even as IDRBT is working on building the infrastructure for smart contracts, it is also trying to understand the kind of attacks that can target Blockchain systems.

There is a possibility of a block withholding attack in which a block of the transaction is not published. So, we’re looking at how to build a secure digital ledger platform that will ensure a trustworthy environment.

With the rise in digitization in banking activities, the incidents of cyber fraud have spiked.

While Blockchain is deemed to be tamper-proof, even the best of technologies need to be fortified when it comes to banking systems to maintain people’s confidence and trust in the system.

How safe is Blockchain?

Blockchain is safer than existing centralized ledger technologies since it can withstand, among other attacks, distributed denial-of-service (DDoS) attacks. In DDoS, the cybercriminals try to flood websites with too much traffic due to which it crashes or is unable to serve its actual users.

What kind of threats can it face?

Blockchain can face other kinds of attacks such as ‘51% attack’ when the majority of the nodes in the distributed system are compromised. This is a rare possibility though.

How can Blockchain be made more secure?

How can 5G make banking secure?