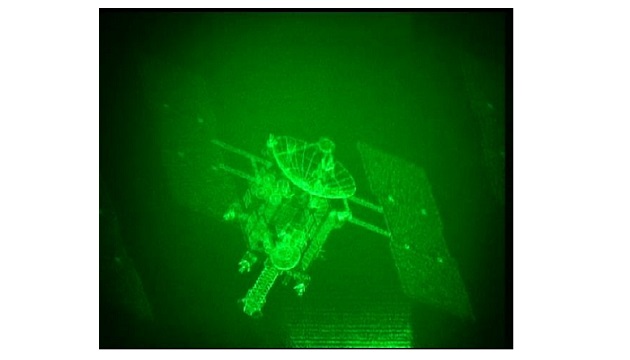 Researchers at Chiba University are developing a computer that can project high-quality 3D electroholography as a video, a project that they began about 25 years ago. The team, led by professor Tomoyoshi Ito, has been working to increase the speed of the holographic projections by developing new high-performance hardware.

Initially, a circuit for amplitude-type electroholography was implemented in HORN-8. However, to realize a photorealistic 3D image with the HORN system, the researchers needed to implement a phase-type computer-generated hologram (CGH) in HORN-8. A new version of HORN-8 and its cluster system was developed.

A calculation method for adjusting the phase of light was also implemented in the latest phase-type HORN-8. Eight chips were mounted on the FPGA board to avoid bottlenecks that, along with the calculation method, could affect the processing speed. With this approach, HORN-8 was able to increase the computing speed in proportion to the number of chips, which allowed it to project video holography more clearly.

Using the phase-type HORN-8, the researchers demonstrated the ability to project holography information as a 3D video with high-quality images. The HORN-8 was able to reconstruct 3D videos composed of tens of thousands of point-light sources (PLSs) in video rate. It achieved a real-time reconstruction of a 3D movie with point clouds composed of 32,000 points. The team believes that this rate could be realized in interactive systems such as TVs and telephones.

The performance of HORN-8 is approximately the same as the latest GPU; however, because the FPGAs mounted on the HORN-8 are not the newest type, its performance could be significantly improved when the latest model FPGAs are used, the researchers said.

Takashi Nishitsuji, a former student of Ito’s lab and now assistant professor at Tokyo Metropolitan University, said, “HORN-8 is the fruit of many people’s wisdom, skills, and efforts. We want to continue the research of HORN and try other methods from various perspectives for its practical application.”