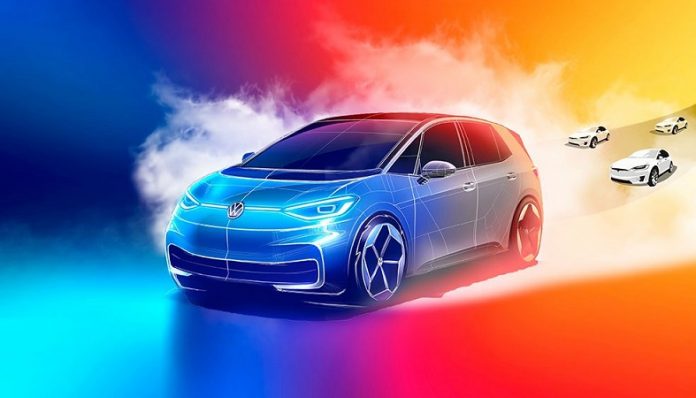 Electric cars have the potential to help in our fight against climate disaster. For example, if all cars in the UK were electric, the country’s emissions would drop by 12%.

But electric cars might also be able to address another issue that’s affecting people around the world.

Both because of the way they are driven and the mechanics inside them, electric vehicles could play an important role in making our roads safer. Charging an electric car takes longer than filling up a tank of petrol, and a typical full charge won’t get a car as far as a typical full tank.

Although the academic research into it is limited, anecdotal evidence suggests drivers of electric vehicles are warier of conserving energy and drive differently as a result. The UK’s department of transport has published a set of guidelines on how to save energy when driving an electric car.

One of the ways to save a car’s charge is by driving more slowly. Sticking to the speed limit of 70 miles per hour, rather than going faster on motorways, saves battery. So does reduce the amount of stop-start driving, accelerating, and braking more gently. They also have a secondary impact of making the driver safer.

Another aspect of life with an electric car, particularly on long journeys, is taking an extended break to charge. Instead of just filling up a tank of petrol and being on their way, electric car drivers have to wait while their battery charges. Exact times vary depending on the type of charger being used and the capacity of the battery, but it’s not unusual for electric car drivers to wait half an hour to an hour at a service station for a charge.

If you’ve ever seen the signs across the motorway imploring you to “take a break,” you will know that stopping to recharge, and maybe to grab some food or a coffee helps concentration on long journeys. Drivers who take breaks are safer than those who do not.

But it’s not just about drivers’ habits. There are reasons related to the way electric cars are designed that make them safer than internal combustion engines, too.

More than one motor

Most people are used to driving cars with a single source of power—an internal combustion engine. But when it comes to electric cars, it’s normal to have two, sometimes even four electric motors in the same vehicle.

This opens up possibilities that couldn’t be imagined before. For example, when you push your car’s throttle pedal, the vehicle interprets the position of the pedal to decide how much force it needs to accelerate. When this force is applied to a rotating part, like a wheel, it creates torque. But which motors should the torque be allocated to? This is the principle of “torque vectoring”—the possibility to distribute traction or braking to different motors within the vehicle.

Torque vectoring could be used to make vehicles safer. If different amounts of torque are applied to the left and right sides of the vehicle, a turning effect will be produced. This can be used to influence the vehicle’s cornering response, making it safer, especially in critical conditions such as avoiding a crash when taking a corner too fast, or in case of hard swerves to avert an obstacle.

More than 90% of accidents are due to human error. According to the World Health Organization, “Road traffic injuries are predicted to become the fifth leading cause of death by 2030 unless action is taken.” Future vehicle engineers and researchers have plenty to deal with.

Some manufacturers are already using torque vectoring. The Subaru Forester uses brake torque vectoring, for example. Other cars use different variations of the technology, achieving an uneven distribution of torque between the left and right sides in different ways. But this technology is usually reserved for high-end luxury or sports cars.

At the moment electric cars are still being developed, and manufacturers have yet to make the most of the torque-vectoring capability. Advanced safety systems could also be devised that would anticipate rather than react to the loss of control situations, dramatically enhancing passenger vehicle safety.

In the future, vehicles are expected to be both autonomous and electric. Essentially this is due to environmental aspects—reduced emissions—and the fact that in a few years the cost of electric vehicles is expected to be similar to traditional vehicles.

The capabilities of electric vehicles, such as torque vectoring, can contribute to making these vehicles safer than traditional cars. This is very important considering claims that autonomous vehicles need to be four to five times safer than standard vehicles in order for the public to accept this “self-driving” technology.

Setback for e-mobility as BMTC, transport department plans in limbo

Automotive Electronics Market Expected to Reach US$ 640.5 Bn by 2030

Lock on Electricity Sales to End for Growth in Electric Vehicle...