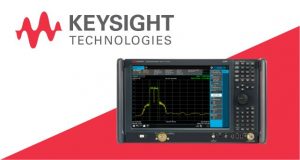 As developers venture into the millimeter-wave frequency band, it’s easy to underestimate the challenges that arise in design, simulation, measurement, and analysis. Compared to signals at baseband, RF or microwave, those at 30 GHz, 300 GHz or 1 THz behave quite differently. For example, signals at the respective wavelengths of 10 mm, 1 mm or 0.3 mm experience substantial propagation losses, especially at the resonant frequencies of oxygen, water and carbon dioxide molecules. The inherent challenges also make it difficult to generate power, and it also becomes increasingly challenging to make calibrated measurements and get useful results.

Engineers who face such difficulties rely on test-equipment manufacturers to bootstrap their efforts by creating tools that give them easier access to accurate, repeatable measurements at ever-higher frequencies and wider bandwidths. Enabling pioneers to reach higher is part of Keysight Technologies’ heritage—and recent product introductions are helping developers succeed at 110 GHz and beyond. Today, Keysight is the industry’s leading innovator in the commercialization of tools for simulation, test and analysis at millimeter-wave frequencies (Figure 1).

Working at the intersection of technology and demand
Millimeter-wave technology has been in use for decades, primarily in aerospace, defense and backhaul applications where the benefits have justified the high costs of development, manufacturing and support. In recent years, advancements in the fabrication of millimeter-wave devices have been pushing down the cost of extremely high frequency (EHF) devices, making them more viable in commercial and consumer applications. For example, developers of complementary metal-oxide semiconductor (CMOS) devices have produced devices with fT greater than 500 GHz, and some are aiming to push this cost-effective technology into the 1.0 to 1.5 THz range.

On its own, Keysight has been pursuing groundbreaking R&D in EHF components. Its in-house capabilities in microwave semiconductor technology have enabled development of a next-generation indium phosphide (InP) process that supports transistor switching frequencies above 300 GHz. This is opening up higher bandwidths in ICs and in products such as an upcoming oscilloscope that will deliver breakthroughs in real-time and equivalent-time performance. 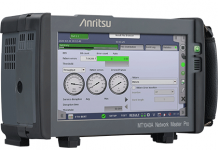 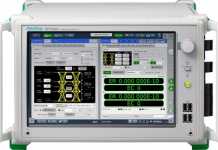 GW Instek is committed to providing reliable T&M solutions at a...