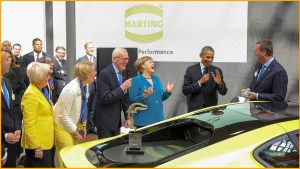 We’ll all be celebrating an impressive anniversary at this year’s Hannover Messe (24 April to 28 April 2017, Hall 11, Stand C15). Long since the world’s biggest industry trade show, Hannover Messe will be exactly 70 years old this year. And the HARTING Technology Group has good reason to join the celebrations, too: this family owned and family managed company is among the handful of exhibitors who have made the journey to the capital of Lower Saxony every single year since 1947. Hanover is highly significant to HARTING for many different reasons.

HARTING’s attendance at this year’s fair comes under the banner “HARTING@Hannover Messe: a strong connection for 70 years”. The HARTING Technology Group sees itself as a pioneering force for digital transformation, offering yet more innovative Integrated Industry products and solutions this year, too. “Integrated Industry creates value. At this year’s Hannover Messe, we will be demonstrating how HARTING products and solutions can make a real contribution to delivering increased customer benefit”, says CEO Philip Harting. 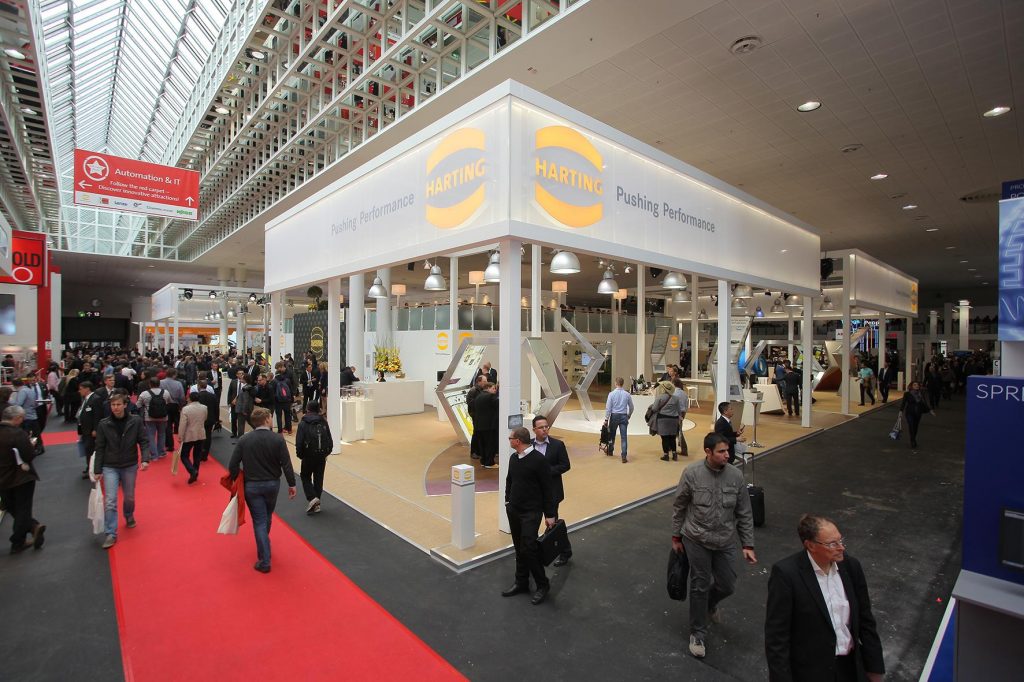 How the partnership began in 1947

Back then, company founder Wilhelm Harting was not to know that, by 2017, his grandchildren Philip and Maresa Harting would be the head of a Technology Group employing 4,300 people – the third generation taking the company forward since1945.

When “Wilhelm Harting Mechanische Werkstätten” opened 1945 its doors in Minden, Wilhelm Harting was on the lookout for customers for his new business – initially successful for its electric fences, hotplates, energy-saving lights and irons. “He was looking to strike up a relationship with new customers”, remembers Dietmar Harting, who went along his father and with his brother Jürgen when they were children. Both boys found the “Export Messe” really exciting. “There was ice cream, bananas and cake”, says Dietmar Harting.

The first fair in the summer of 1947 lasted 21 days and was open exclusively to German exhibitors. Around 1,300 companies attended the event in Hanover, which attracted 736,000 visitors and generated export contracts to the tune of nearly 32 million US dollars. Because there were only 180 hotel rooms available, over 10,000 visitors had to stay in private accommodation.

As it attended more fairs over the next few years, HARTING demonstrated its entrepreneurial vision and feel for technology trends and the needs of customers and markets. The following decade was marked by the production of medical apparatus, tape recorders and jukeboxes. The Han connector patented in 1956 and the new types of connector that followed marked the beginning of a huge success story, attracting lots of attention to HARTING at the fair and confirming its market position. The production of modern cigarette vending machines also made a significant contribution to constantly rising sales. The end of the 1970s marked a new era, with the introduction of internationalisation – the first step towards becoming a global company. 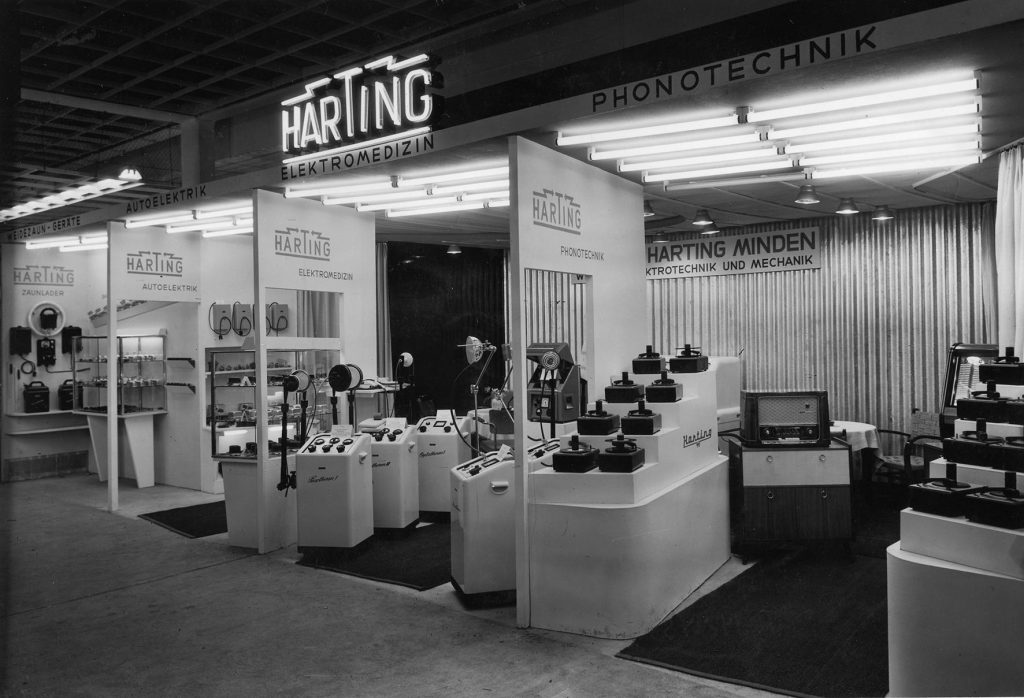 Coming in April, Hannover Messe has been the most important date in the HARTING trade fair diary for seven decades now. With the main stand covering 1,600m² and as a partner on several shared stands – as ever – HARTING continues to stake its claim as a highly innovative technology company. With complete hardware and software solutions for all applications in the field of industrial connection technology, the company has also developed into a solution provider for Integrated Industry (Industrie 4.0).

HARTING’s commitment to the fair is not limited to its physical presence in the line-up, however. Its strong sense of belonging is also evidenced by Dietmar Harting’s long-term role as Chairman of the Advisory Committee of Hannover Messe and the Construction and Investment Committee of Deutsche Messe AG Hannover, his work with the Supervisory Board of Deutsche Messe AG and, since 2002, his role as its Vice Chairman. Dietmar Harting was awarded the Lower Saxony Service Medal (2004) and the Trade Fair Honorary Gold Medal (2006) for his far-reaching commitment.