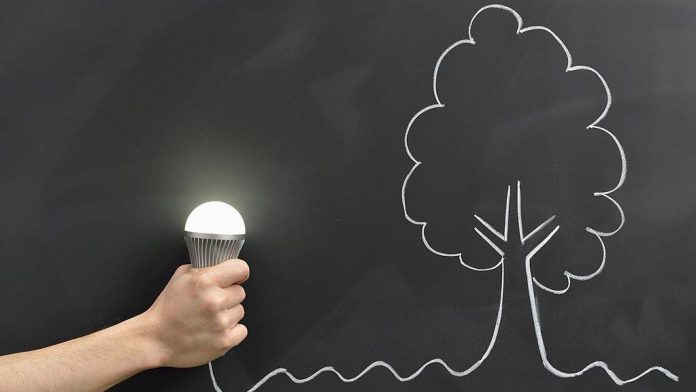 In a drive to promote and create awareness on energy-efficient and low-cost power mode, public sector unit EESL is now planning to introduce LED tubelights.

The Centre and State governments have already initiated several awareness programmes for people to shift to power-saving LED bulbs and are also selling them at a subsidised rates.

As the previous attempts could not be very successful, given several factors, the Centre has now decided to introduce LED tubes.

“These tubes, like LED bulbs, will emit equal amount of light but power consumption will be significantly lower”, an official said.

“We have noticed that people are not very keen on replacing their tubelights with LED bulbs. There were also complaints that LED bulbs are of 7 watt and consumers have bigger rooms for which they need to have tubelights as well.

EESL, a joint venture of power PSUs, was set up to facilitate implementation of energy-efficiency projects.

“EESL has been able to distribute only eight lakh LED bulbs in Mumbai, the largest city in Maharashtra. As compared to Mumbai, cities like Pune, Nagpur, Aurangabad and Kolhapur are much ahead.

“Mumbaikars do not want to replace their tubes with LED bulbs. Hence, we have decided to introduce LED tubelights. They will not only replace the existing tubes but also bring down power consumption,” he said.

“Power demand from domestic users has already gone down by 520 MW in the State because of the distribution of some two crore LED bulbs. The target is of three crore LED bulbs. Once we get tubelights, we will be able to achieve major success in power saving and ensure smooth supply to major consumers like commercial and industrial clients,” said Kokate.