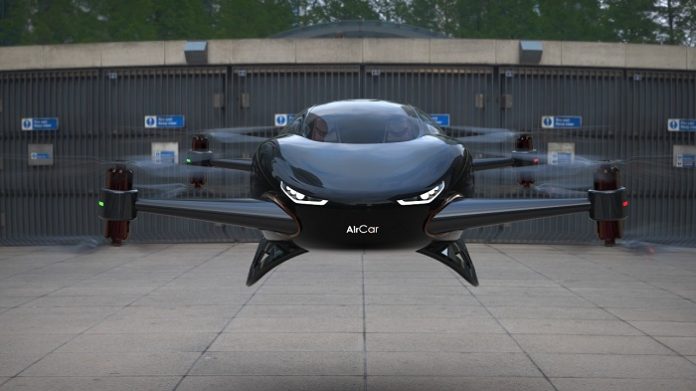 A flying car has passed the flight tests in Europe’s Slovakia. The car, which can transform into a small aircraft, completed 70 hours of “rigorous flight testing”.

The flying car was awarded an official Certificate of Airworthiness by the Slovak Transport Authority. Klein Vision is the company that developed the vehicle. In order to take off in the flying car, one would require a pilot’s license, Klein Vision’s spokesperson told.

The flying car is capable of hitting speeds over 100 mph (160 kmph) and altitudes above 8,000 feet (2,500 m). Equipped with a BMW engine, the hybrid car-aircraft takes two minutes and 15 seconds to transform from a car to an aircraft.

Anton Zajac, the co-founder of Klein Vision, was quoted by the team of eight specialists who toiled for more than 100,000 hours to develop mathematical models out of design concepts, finally producing the prototype. He also added that the flying car runs on “fuel sold at any gas station”.

The company is planning the aircraft “to fly to London from Paris in near future”, according to a report. The hybrid car-aircraft finished a 35-minute flight between airports in Nitra and Bratislava, Slovakia in June, last year. After landing, the aircraft transformed into a car, and the crew went on a ride to the city center.