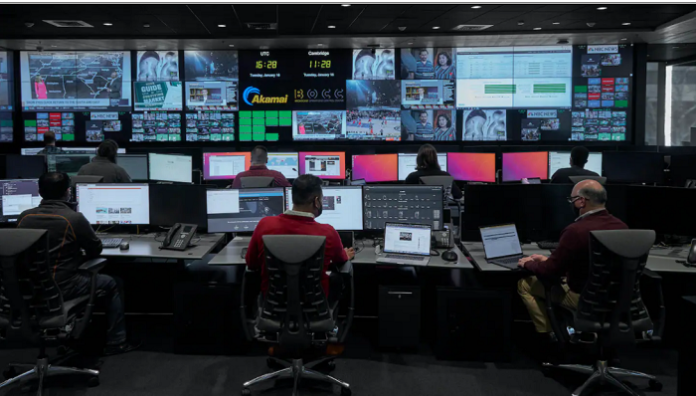 Akamai Technologies, Inc., the world’s most trusted solution for protecting and delivering digital experiences, released today new research detailing the persistence of online piracy. “Pirates in the Outfield” is Akamai’s latest State of the Internet / Security report and examines the evolving piracy landscape, which, according to the U.S. Chamber of Commerce’s Global Innovation Policy Center, costs the U.S. economy alone $29.2 billion in lost revenue each year. The new report is a collaboration between Akamai and MUSO, which provided data on streaming and download piracy activity across several industries.

The research illustrates how online piracy continues to be prevalent across, and financially detrimental to, a variety of industries. Between January and September 2021, global piracy demand — measured by visits to websites offering access to movies and television shows, either directly through a browser or mobile application, as well as torrent downloads — reached 3.7 billion unlicensed streams and downloads. According to the research, 61.5% of consumers who visited piracy sites accessed them directly, while 28.6% actively searched for them.

“Piracy is an ongoing battle, and there’s no silver bullet to address each type of piracy online. As content developers get better at guarding against piracy, criminals are adapting their methods to access protected content,” said Steve Ragan, security researcher at Akamai and author of the report. “The impact of piracy goes far beyond stolen movies and other content. The real cost is behind the scenes, leading to the loss of livelihood for those who work to create the movies, films, books, and software we all consume and enjoy.”

The scale of online piracy outlined in the report presents one of the most difficult and complex issues for companies to address. At a time when media, publishing, and other digital services companies are focusing on protecting revenue due to changing consumer behavior, it’s paramount to understand the threat landscape to successfully mitigate risk. Piracy poses a security issue both internally at organizations and as another potential attack vector to protect against breaches of critical intellectual property (IP).

“When examining piracy globally and across the film, TV, software, publishing, and music industries, the vast scale of piracy is clear. Perhaps more concerningly, in many areas, piracy is still a growing problem, with an overall 16% increase on the previous nine-month period,” said James Mason, CTO of MUSO. “As highlighted by our partnering with Akamai on this report, working collaboratively to deeply understand the latest trends within piracy’s ever-changing ecosystem is key to forming effective anti-piracy strategies, as opposed to combating piracy in silos.”

In addition to the unrelenting demand for pirated materials, the report revealed several other notable takeaways, including:

For additional information, the security community can access, engage with, and learn from Akamai’s threat researchers and the insight that the Akamai Intelligent Edge Platform affords into the evolving threat landscape by visiting Akamai’s Security Threat Hub. Existing Akamai customers can also leverage Akamai’s Managed Content Protection offering to mitigate the effects of growing piracy demand.