Facebook Redefines Time as “Flicks” Is the World Ready? 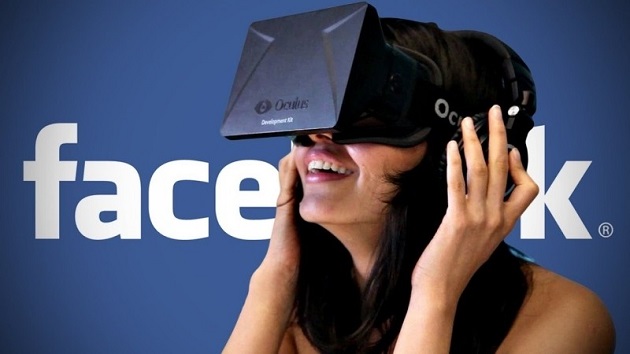 What is “time”? Some might define it as the fourth dimension or, perhaps, an arbitrary set of numbers that divides each of our days into 24 hours, 1,440 minutes, and 86,400 seconds. Periods of time smaller than the second are generally expressed as fractions of a second, adding the prefix “milli” to indicate a thousandth of a second, “micro” to indicate a millionth of a second, and so on.

Most people don’t consider such miniscule periods of time on a day-to-day basis, but if you’re dealing with film, animation, and even virtual reality (VR), things become more complicated. Our eyes interpret 24 frames per second as movement, which is how movies are generally shown. National Television Standards Committee (NTSC) TVs display at nearly 30 (29.97) frames per second (FPS), and some media or gaming content is displayed at 60 FPS or more. If you need to break things down into decimal numbers, 1/60th of a second is approximately 0.0167 seconds, 1/30th is approximately 0.0333 seconds, and 1/24th is approximately 0.0417 seconds.

Unfortunately, this approximation can cause some difficulty if you’re trying to sync several people in a VR or gaming environment, where a split second of imprecision can be the difference between winning a round during an online game or getting fragged for approximately the 100,000th time. To help solve this coordination issue, Christopher Horvath and Facebook have revealed the flick (short for “frame-tick”) defined as 1/705600000th of a second.

But will people use it?

While Horvath and Facebook can extol the virtues of this new increment (or “system”) of time as much as they want—and perhaps even push it intrnally—if it doesn’t gain widespread acceptance, it’s little more than a fun numerical exercise.

The encouraging news is that time units have been successfully redefined before. Most notably, while a second currently represents 1/86400th of a day, since 1967 the official definition still equals 9,192,631,770 vibrations of a cesium-133 atom, one of the most stable phenomena that we can measure. The output of roughly 400 atomic clocks together give an average, definable universal time that can synchronize the globe. One could also cite Unix time, which by definition is the number of seconds elapsed since midnight, January 1, 1970, at 0 degrees longitude (where the measurement of coordinated universal time (UTC) occurs), as another new definition of time in use in computing applications.

On the other hand, just because something sounds useful, doesn’t mean that it will be adopted. Watchmaker Swatch attempted to define decimal Internet Time in 1998, with each day divided into 1,000 divisions called “.beats.” This timekeeping method doesn’t observe daylight saving time (DST) and is defined as UTC+01 hours—the same time as Swatch’s headquarters in Switzerland. This is equivalent to the French Revolutionary decimal time system, which also divided the day into 1,000 minutes and has also mostly been forgotten. While it could cause confusion if you were to tell someone that it’s “five-hundred-forty-two,” when it’s more like 1:00 p.m., dividing time into decimal units has actually been found useful in payroll and industrial engineering applications. You can even buy a decimal minute stopwatch if you need to study efficiency and want the math to work out well.

The various advantages and the open source, easily conceptual nature of the Horvath and Facebook-led project may, perhaps, lead programmers, video producers, and VR artisans of all types to turn to this new system of time as a universal standard. On the other hand, even in the face of specific advantages, it can be tough to change a standard. The metric system is a great example—while many, or perhaps most, American engineers understand the advantages of a system that’s divisible by 10, it can be tough to fully convert to an arguably better system when you’re used to something else. Perhaps it’s be best if this system is either embraced fully or entirely rejected, as having to navigate two separate unit systems is certain to cause grief for those who use them.