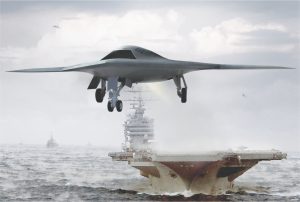 Consider the following scenarios- An attack aircraft that can launch an unmanned aerial vehicle (UAV) with a radar transmitter on board, while the host aircraft keeps its own radar and other electronics quiet. This possibility could add a new dimension to the war arena and create a fast-paced triangulating game that could put adversaries in a big disadvantage at a crucial moment.
Now consider an attack submarine. This vessel can launch a torpedo-shaped unmanned underwater vehicle (UUV) with a sonar transmitter, detect and range enemy submarines in the area, and enable the quiet attack submarine to calculate a firing solution.

These are not novel ideas in the military space but the reason why bistatic radar and sonar hasn’t become a norm by now is because of the constraints of signal processing. While conventional systems involve just two points- transmitter or receiver and the target- the bistatic approach adds a third point- transmitter, target, and receiver. This third point in the surveillance chain complicates the sonar signal processing challenge, and adds difficulties of time lag, potential uncertainty of the relative positions of transmitter and receiver, and a host of other factors that would require sonar systems with supercomputer-like power.

The biggest buyer of Embedded Computing solutions
When you think of the use of electronics in the military you get images of really high tech gadgets that are compact, rugged and highly powerful, to complement the deadly might of the modern militaries of our nuclear world. It is no big surprise then that the military is becoming the biggest buyer in the embedded computing solutions market.

Analysts estimate the Americas to lead the global embedded computers market during the forecast period. This region accounts for a market share of nearly 40% by 2019 and is closely followed by the APAC and the EMEA region.

The U.S. Defense Advanced Research Projects Agency (DARPA) is working on with the Mobile Off board Command and Control and Approach (MOCCA) program on this very program and you can bet that the whole program is hinged on signal processing and computing. Such challenges are being addressed more and more by developers of aerospace equipment. Today’s high-performance embedded computing (HPEC) technology is going to bring new defense equipments that will amp the war game many hundred times.

Ben Sharfi, president and CEO of General Micro Systems Inc. says HPEC, “is all about performance and horsepower, or floating point and integer work and data movement. It’s all about moving data and being able to do that as fast as possible.”

HPEC technology is leading to never-before-envisioned applications like mobile tactical cloud computing and compact systems on chips that bring supercomputer performance to small platforms like unmanned vehicles, unmanned vehicles for surveillance that must process mountains of sensor data while remaining small and power-stingy. Now aerospace and defense applications have started relying increasingly on cloud computing, and HPEC caters to all of these essential needs through the “mobile cloud,” which can provide essential information when military platforms are disconnected from the tactical Internet.

One of the most important features of any military unit is Surveillance and data management and these applications can involve mountains of sensor data that needs to be processed while battling with low power and extreme pressure and temperature conditions.
The experts dealing in the requirements of the aerospace sector believe that embedded versions of the Intel Xeon processor, as well as other high-performance processors, could provide that kind of supercomputer power to deployed aircraft and submarines, and perhaps even new generations of UAVs and UUVs.

It is mind boggling to think the kinds of military capabilities that the latest generations of embedded computing will bring to the table. 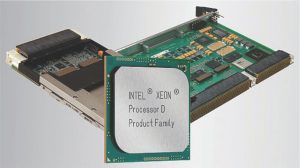 This DSP plus real-time decision making has the potential to make cognitive radio and cognitive electronic warfare (EW) a reality. This would provide the capability to create EW systems that can adapt to rapidly changing threats, software-defined radio systems that can adapt to the RF spectrum available at hand, and to overlay RF and electro-optical sensor data for real-time intelligence gathering never before possible.

SwaP2 demands of the Military Environment 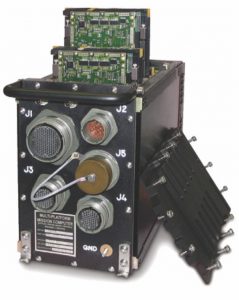 As military forces move to the platforms of the 21st century battlefield, new network-centric capabilities must be integrated into legacy vehicles and aircraft. These new systems bring Size, Weight and Power, Performance, Cooling and Cost (SWaP2-C2) demands that most of the existing platforms cannot address.

Embedded Computing systems have to be rugged, with small form-factor modules that survive in harsh environments with cold, heat, shock and vibration extremes, while meeting the SWaP2-C2 constraints of legacy platforms. 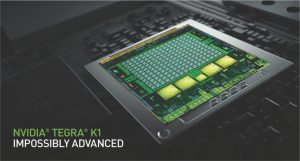 GE has signed an agreement with NVIDIA to bring products based on the NVIDIA Tegra K1 mobile processor to the embedded computing market.

GE Intelligent Platforms will develop and manufacture rugged high performance embedded computing (HPEC) and graphics solutions based on Tegra K1. The new technology will serve applications in harsh environments, most notably to customers in the military and aerospace market.

Built on the same NVIDIA Kepler graphics architecture that drives the world’s most extreme gaming PCs and the fastest supercomputer in the United States, the Tegra K1 brings console-class gaming graphics and performance to mobile devices, according to NVIDIA. The Tegra K1 features 192 fully programmable GPU computing cores – capable of executing CUDA algorithms – in addition to four ARM Cortex-A15 CPU cores with a fifth battery-saver core, to deliver record levels of performance and battery life.

Featuring substantial reductions in heat dissipation and weight, the Tegra K1 makes GPGPU technology available to classes of application for which it was not previously feasible – notably in the highly SWaP (size, weight and power) constrained environments that increasingly characterize military/aerospace deployments such as man-wearable and portable systems.

The new Tegra K1will allow GE to uniquely address a much broader spectrum of potential applications in the aerospace and defense sector, with it’s high demand for SwaP- constrained applications without having to worry about power consumption and heat dissipation.

GE Intelligent platforms, will be able to cater to the world’s most sophisticated, most demanding customer applications for which the highest performance and mission-critical reliability are absolute prerequisites.

Mercury Systems develops a rugged OpenVPX system
StreamDirect increases the efficiency of GPGPU-based embedded computing systems, resulting in a three times performance improvement over previous generation GPGPU systems. StreamDirect increases performance by enabling terabytes of raw sensor data to be processed in real-time by optimizing the transfers from the I/O sensors to the GPGPUs, supporting over 10 teraflops (TFLOPS) of processing capability in a rugged OpenVPX system. Mercury has previously deployed StreamDirect in a number of programs and it is now being made available in Mercury’s standard product – the 6U OpenVPX GSC6201.

The GSC6201 is a carrier card that incorporates industry-standard GPGPU MXMs and is designed to accept those based on the NVIDIA Fermi and recently launched Kepler architectures.

Mercury’s StreamDirect enables direct communication of data from the source, such as a sensor input device, into a coprocessor’s memory, such as a GPGPU, without intermediate storage in the CPU. Previously, systems that used GPGPUs had to first pass the data to a CPU’s memory and then transfer the same data from the CPU’s memory to the GPGPU, a cumbersome two-step process. StreamDirect eliminates this copy step, creating a direct, high-bandwidth DMA channel between the sensor and the GPGPU. StreamDirect leverages Mercury’s POET/ICS technology and NVIDIA GPUDirect to provide a system-wide communication capability that enables applications such as EO/IR, radar, cyber and electronic warfare to benefit from faster intelligence. 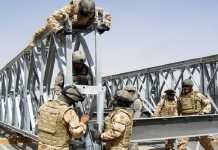 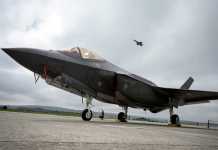 Just hours before Biden’s inauguration, the UAE and US come to a deal on F-35 sales 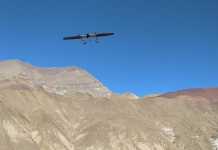