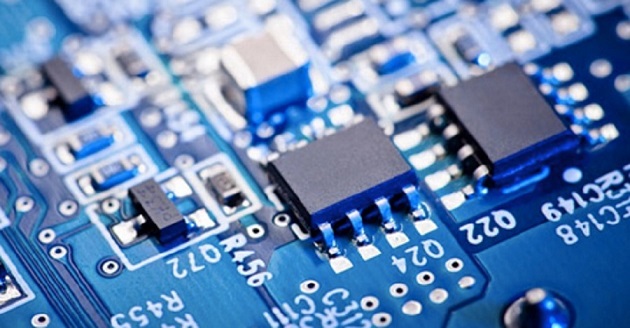 With the Coronavirus in China showing no sign of abating, and parts of the country being stranded under quarantine, India’s electronics industry is fearing supply disruptions, production curtailment, as well as a negative impact on prices, revenue, product launches and local manufacturing. If the situation prolongs, the industry is bound to take a hit by March, said experts.

The Indian electronics industry, which relies heavily on China ― the world’s second-largest economy ― for components, sub-assemblies and even full products, is gripped with a sense of foreboding about the impact of the novel coronavirus.

The coronovirus has now officially been named COVID-19 by the World Health Organisation.

Most companies have supplies stocked for the next two to three weeks, and hence, the epidemic hasn’t impacted them just yet.

Any delay in the supply of components beyond February 17 can lead to setbacks in production in April, which can affect revenues next year, said Kamal Nandi, Business Head and Executive Vice President – Godrej Appliances, who is also the president of the Consumer Electronics and Appliances Manufacturers Association (CEAMA). “If the situation persists, it will be followed by production cuts, postponement of product launches in the next quarters and revenue losses. From the consumer lens, it will lead to availability concerns and price rise,” said Nandi.

The impact is going to be bigger than what people are realising or talking about, said Anuj Poddar, Executive Director, Bajaj Electricals. “Even Indian manufacturers will be impacted because many of the components of what we make in India come from China. The plant will be in India, but the raw materials will be coming from China, and even if one item is not available, that’s an impact (on local manufacturing too),” he said. Bajaj Electricals has an office in China, and its employees have been asked to work from home, he said.

Currently, there is no impact as such as the industry stocks up ahead of the Chinese new year holidays, said Pankaj Mohindroo, Chairman, India Cellular & Electronics Association, the apex industry body of mobile and electronics industry.

“But, this stock would last only till the second week of February. The mobile phone industry has low inventory and China has the major part of the supply chain. The coming week is crucial for the industry and if things do not get better in China and if the factories do not resume, then there will be an impact on the manufacturing of mobile phones/electronics in India as we are dependent on the Chinese supply chain ecosystem,” Mohindroo cautioned.

The immediate impact of the outbreak is that short supply might cause some negative pressure on prices of the components, a Xiaomi spokesperson said. The company is adopting measures to ensure the safety of its employees and partners, the spokesperson added.

According to the latest estimates, the outbreak of Coronavirus has claimed over 1,000 lives in mainland China, with the number of confirmed cases exceeding 44,000.

“Some of our Chinese expats who had gone for the Spring festival in end January, have not been able to return due to the restrictions in travel,” said Krishan Sachdev, MD, Carrier Midea India, Midea Group-India Region. With the shutdown of manufacturing units for 10-15 days due to the Coronavirus, there is a delay in supply of components and any further delay can aggravate the impact, he said.

Panasonic India is monitoring the situation closely and keeping a close check on its stock and inventories, said Manish Sharma, President & CEO, Panasonic India and South East Asia. As of now, there is no major impact of the coronavirus on Panasonic’s operations in India. However, if the situation persists, it will impact its assembly line, he said.

By February 17, when people are expected to get back to work in China, it will become possible for Bajaj Electricals to establish contact and gauge when supplies can be resumed, said Poddar, though he added that he doesn’t expect supplies to resume by March. The company has a 20 per cent dependence on import of products from China.

Avneet Singh Marwah, CEO, SPPL, the exclusive brand licensee for Thomson TVs in India, said that according to the people he has been in touch with in China, there is a possibility that the holidays can be extended beyond February 17, with the factory workforce unlikely to join before February 22.

“We see a definite shortage in the market in the coming months because the situation is not getting clear ― there has been an extension from February 7 to 14 to 17 (for the new year holidays),” said Marwah. A rough 20 per cent increase in panel prices compared to last year’s prices is also expected due to the impending reduced supplies, he said.

There could be a production cut of 30-40 per cent for the company as well as for the overall television industry, said Marwah. The TV industry in general has an almost 60 per cent dependence on China for components, he said.

The electronics industry also seems to be at a loss to figure out solutions to the situation.

“It is very difficult to look at other countries for components at this stage as designing, testing and qualification of ACs takes time and the summer season is too near to allow this,” said Carrier Midea’s Sachdev.

Thomson TV’s Marwah said that the TV industry is also staring at a similar situation.

Bajaj Electricals’ Poddar said that though the company is starting to look at local vendors or local manufacturing, this can’t materialise in just a month. It is also seeing if the concerned products can be substituted with other similar products. The company is also not looking at any other country for supplies as Poddar said that the scale, products and variety that China offers cannot be easily replicated by other markets. Finding other such suitable countries is also likely to take as much time as it might take for China to resume providing supplies, he added.

Given this harrowing backdrop, there are ways in which the government can step in and offer some respite.

For instance, Poddar said that when supplies start at some point, there could be a huge rush of imports, wherein the ports can be equipped with increased capacity and much faster and efficient clearing system to help the industry. A temporary deferment of the hike in import duty for six months or so, until the situation normalises, can also be undertaken, he added. The Budget had proposed an increase in custom duty on certain products and components.

Meanwhile, Nandi said, “In the long run, we need to further develop the manufacturing ecosystem in the country, especially for the critical components, aligned to the Make in India initiative. This will help avert such situations in future.”