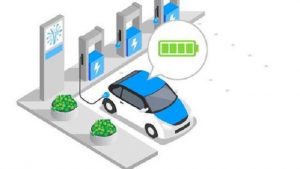 Electric vehicle is the next car you would like to purchase but before doing so goods and service tax regime will make you think twice.  High tax has been introduced on batteries used in electric vehicle which will work as a roadblock to the government’s drive to push e-vehicles. According to the new indirect tax regime, 12% GST is charged on the electric vehicles sold with batteries but batteries sold without an electric vehicle are taxed 28% GST. This has not only affected the customers purchasing second battery but the whole battery swapping business model.

Higher tax on batteries has also impacted retail sales of electric two-wheelers because dealers generally do not maintain an equal inventory of vehicles and batteries. Ashok Jhunjhunwala, principal advisor to the ministry of power and new and renewable energy — who spearheads the government’s drive towards e-mobility — had in an earlier interaction said that to make electric vehicles viable there is a need to separate the vehicle business from the energy business in an earlier interaction. Companies in the energy business can purchase batteries in bulk and lease them out to consumers, Jhunjhunwala had said. The batteries can be swapped or charged at established stations.