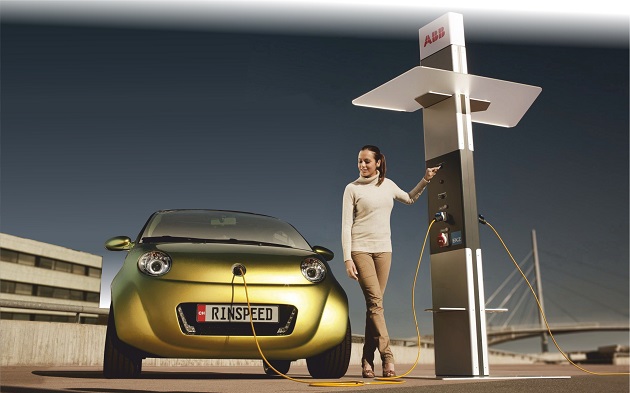 The unexpected COVID time has created an unprecedented situation for Automotive manufacturing. The assembly lines experienced historical levels of supply chain disruption and it is likely that the current turmoil will change the business landscape of the overall industry as we know it. Electric Vehicles in India could represent more than Rs 500 billion opportunity by 2025 with the present and projected level of EV penetration. A revolution of electric vehicles is silently transforming India, despite the challenges to get them charged. The new craze of electrified motors is quite bumpy in times of virtually no charging backup. This may take a toll with the huge range anxiety eating into the enthusiasm of a green car, the biggest impediment in the adoption of such vehicles.

Driving an electric vehicle is still a challenge, especially going inter-city with virtually no charging support and almost nil awareness about these new-age vehicles. The experiential drive faces huge practical hurdles and might not be the death knell for conventional fuels and not persuade people to shun them altogether. The segments which will see immediate interest in the early 2021 are two-wheelers, three-wheelers and battery swapping segment. On the corporate side, battery manufacturers may also see some investments. There could be a possible increase in demand for the rental and subscription model for EVs.

When we dig around the deep end, there is essentially a factor of maintainability and timely service factors too in the emerging Indian e-Automotive segment, The Government, Automakers should thereby need to consider many other aspect for the smooth functioning such as affordability in terms of the price, accessibility in terms of charging and the most important efficacy in handling the services. In a country like India, more than 80% of the vehicles sold are two- and three-wheeler, which when combined with buses are the preferred mode of travel of a majority of the people. Unsurprisingly then, India is the world’s largest two- and three-wheeler manufacturer and second largest bus manufacturer. It goes without saying that electric mobility must encompass this crucial segment to make any difference in the country.

The electric car market in India is yet to take flight. With less than half a dozen options available in the market, electric vehicle in India continues to struggles for basic charging infrastructure and adequate driving range. The market is currently cornered by Tata Nexon EV which contributes over 61.4 percent of total electric car sales in India, followed by MG eZS.

Sales of electric vehicles in India

The Indian government extended its Production-Linked Incentive scheme to 10 key sectors and marked out an outlay of ₹18,100 crore for advanced chemistry cell batteries. This will provide a boost to the battery manufacturing ecosystem in the country and give a huge impetus to cell manufacturing, along with the domestic manufacturing of cathodes, anodes and separators. The financial viability of electric mobility has made it more acceptable to the masses. Parity in the cost of ownership has been achieved in all vehicle segments within a five-year time span. In the case of commercial vehicles (like freight and other delivery vehicles), which have emerged as first movers, that time span is even shorter. The cost of electric vehicles (EVs) is also falling rapidly due to technological innovations across the value chain. Alternative ownership models, such as battery-swapping, have brought the cost of EVs on par with, if not below, internal combustion engine (ICE) vehicles.

We also need to broadly discuss about Indian Automakers and their approach towards attaining this goal of clean mobility. Let us look at the wide approaches done by the the various companies operating in India:

South Korean carmaker Hyundai Motor India Limited (HMIL) is planning to bring a mass electric vehicle to further strengthen its product portfolio and position itself as a smart mobility solution provider. It is currently developing a mass electric vehicle to take on the competition. The company which has pioneered in bringing new technologies such as connected and electric has planned investment of over $40 billion into innovation, new models, and technologies for electrified and autonomous vehicles.

Car market leader Maruti Suzuki India said it will not commercially launch electric car, which it has been testing, for personal use next year, citing lack of infrastructure and government support. The company, which had earlier announced plans to launch electric car based on WagonR , said by next year the vehicle will be “at a stage which can go to the next stage of trials and testing”.

The company, which has a market share of 40% in the EV segment of passenger vehicles, said it had studied the personal electric vehicle market and sliced its prospective customers into four archetypes customers who give importance to health and fitness, tech geeks, the ones who are low-maintenance seekers and finally, a ‘wannabe EV owner’ who has seen the world and wants to have a “brag value” for owning an EV. Tata Motors has already localised a battery pack. Its sister company, TACO, is in the final stages of the motor assembly. Another group company, Tata Chemicals, will also look at cell manufacturing.

The car maker has made a good start here with the MG Hector, and is going about establishing itself in a measured manner whether it is in setting up a dealer network or in gearing up for the EV opportunity. MG Motor, the latest car brand to enter India, is trying to position itself as an innovation and technology leader in a bid to crack the market, which is dominated by Maruti Suzuki and Hyundai, who together account of 70 per cent of all cars sold. The company has already announced its second product, MG ZS EV, an electric vehicle.

Mahindra & Mahindra (M&M), India’s leading manufacturer of utility vehicles and part of the US$ 19.4 billion Mahindra Group, pledged to align with Paris climate agreement, and announced its commitment to become a carbon neutral company by 2040. Mahindra Electric Mobility Limited, the wholly owned subsidiary of M&M is the pioneer of electric mobility in India and it is the first company in India and the 2nd worldwide from the automobiles and components sector, for getting approval by science based targets (SBT) for reduction in greenhouse gas emission targets shared by us.

As many automakers bet on sedans and SUVs in the switch to electric vehicles (EV), Japan’s Honda Motor Co Ltd has decided smaller is better for its first-ever all-battery car. The Honda e, released in Europe earlier this month, is a compact model meant solely for city driving. That contrasts with Tesla Inc, whose Model 3 sedan dominates the battery EV market, and others such as Audi AG and Hyundai Motor Co that have focused on SUVs with long driving ranges. The Honda e, however, has a battery capacity roughly half that of the Model 3, driving just 280 kilometres per charge.

South Korean auto major Kia Motors is not worried over the lack of policy for eco-friendly vehicles in India as it can quickly adapt from its existing global portfolio for the local market, according to a senior company official. The company feels that India will also eventually follow the global direction towards eco-friendly technologies led by electric vehicles (EVs). Kia has already announced plans to roll out electric and hybrid vehicles from its upcoming plant at Anantpur in Andhra Pradesh and is targeting to launch an electric vehicle in India by 2021.

Volkswagen will be soon be launching its ID.4 electric SUV which will be the first vehicle modular electric drive matrix (MEB) platform and forms a key part of the company’s de-carbonisation plan. The company calls this its first global electric car and deliveries will begin across key markets of Europe, US and China. However, India would have to wait a bit longer to get an EV from VW. Volkswagen decided to focus its EV strategy on passenger vehicles. The company plans to sell half a million ID.4 cars by 2025 as part of its Transform 2025+ strategy.

Ford has not launched been so active on the electric front in India. But there are plans to launch the Mustang inspire Ford Electric Car in India. It will be called the Ford Mach-E. Ford Motor Co has reversed course and is now considering making its own battery cells as sales volumes of electric vehicles rise around the world. Industry analysts have presented sometimes conflicting views on whether battery cell manufacturers will be able to keep up with an anticipated acceleration of demand for electric vehicles through 2025 and beyond.

In Conclusion, Already, 15 states have come up with EV policies—including incentives such as single-window clearance, stamp duty waiver, and incentivized land and electricity—that can make India a global hub for the manufacturing of such vehicles. The electric mobility revolution is driven by power electronics, artificial intelligence and automation; with this in mind. EVs would have higher value addition of electronics and IT components than traditional automobile components. India’s IT sector can be an incubator for innovation. Open-source battery management systems could be one area the sector could explore in support of the EV revolution.

India needs to drive electric mobility on the backbone of public and shared mobility. The cities of tomorrow need to embrace transit-oriented development, where public transport would act as the backbone. This will be a key determinant of the ease of living. To provide affordable, inclusive and safe mobility, we need robust zero-emissions-based public transport systems.