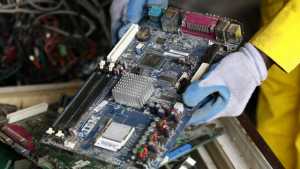 To meet the objective, the draft policy aims to increase the mobile phone production from 500 million units in 2019 to one billion by 2025. The $400 billion turnover target shall include production of one billion mobile handsets by the year 2025, valuing at $190 billion (around Rs 13 lakh crore), comprising 600 million handsets valued at $110 billion (Rs 7 lakh crore) for exports, the draft policy stated.

The IT Ministry said that it will coordinate with other concerned Departments and Ministries to offer incentives to the industry people for quick and robust growth of electronics hardware manufacturing in the country.

The draft policy also proposed the replacement of some specific schemes such as Modified Special Incentive Package Scheme (M-SIPS) with schemes that are easier to implement, such as credit default guarantee and interest subsidy, for encouraging new units and expansion of prevailing units in electronics manufacturing.

The Government said it will also support in the infrastructure development through formulating a new scheme by amending the existing scheme of Electronics Manufacturing Clusters (EMC), in order to support greenfield as well as brownfield manufacturing clusters.

This shall comprise leveraging the prevailing and upcoming clusters, manufacturing zones and corridors within the country, with a provision for ready-built manufacturing units, to attract investments in the entire value chain of identified verticals,” the draft noted.

The current policy in place had proposed setting up of 200 electronic manufacturing clusters (EMCs) by the year 2020 that will include the entire ecosystem for production and development of certain category of products.

It also proposed suitable benefits under the direct tax for electronics manufacturing industry, including inter-alia investment-linked deduction under the Income Tax Act, for creation of a new manufacturing unit or expanding an existing unit.

The draft proposal includes enhancing tax benefits on the research and development (R&D) expenditure, increasing duty drawback rate for electronics sector, repayment of State levies and other duties for which input tax credit is not available to the industry, etc.

The draft NPE suggested exemption of import duty on certain capital equipment that are not being manufactured in India, to cut capital expenditure for setting up new units and expansion of existing units.

The draft said a futuristic and stable tax regime, including prior information to the electronics industry to plan investments by way of Phased Manufacturing Programme (PMP) in different segments of electronics sectors, with a sunset clause should be promoted.

The Government would impose a cess on certain electronic products to be considered to create resources for promoting specific critical sub-sectors in electronics manufacturing including display fabrication units and semiconductor wafer fabrication, the draft said.

In the meantime, to improve the understanding of issues, concerns and risks related to cyber security and measures for mitigation relating to electronic goods and for government sector requirements, MeitY will establish a government-owned testing and evaluation facility.

The Ministry, with approval of the Competent Authority, may revise and modify several aspects of the NPE from time-to-time, based upon the experience gained during the execution, feedback from stakeholders, market dynamics, etc,” the draft added. 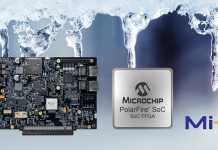 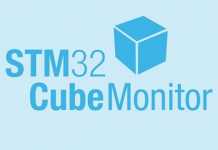 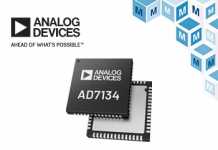 Mouser proudly announces its winning design is 3D-Printed in Space

Robust and High-density electronics could be enabled by Graphene